Down Under and Eric

A meeting with the policy unit at No 10 then it was back home to pack. I'm off on holiday down under; flying to Sydney. Rumours of a one way transporation ticket courtesy of the Coalition government are to be discounted!

I'm off to see friends and have a break though its to difficult not to give in to the temptation to meet people from the Australian third sector. I have some good contacts in what is a strong sector. For example , half of all Australian welfare to work services are provided through the sector.

I spend the entire Feast of St David in the air, my partner and I arriving bleary eyed in a sunny Sydney at 6am. Spirits soon lifted as we sit with an excellent Oz chardonnay by the Opera House! ( That's lunch time by the way, not breakfast in case you were wondering! ).

This meant I missed the ncvo conference and Eric's announcement.

Along with our colleagues in the other national umbrella bodies we have been making clear our strong opposition to many of the cuts being made by local councils. I have been having a number of discussions about this with both officials and with Eric Pickles himself ( who I know from way back in local government days; I have to admit I rather like him ! ) . I know from him that he has been dismayed at how some councils too readily cut into the sector's budget because they thought it easier to cut us as we will just find the money and volunteers elsewhere. Shameful.

So it was good to read Eric's speech at the ncvo conference as I travelled up on the Blue mountain train to an old sector friend in Mount Victoria. I realise I set a bad example reading and replying to emails on holiday but frankly if you are a CEO it goes with the territory. But being down under we are 11 hours ahead so I ration my time doing this so that it does not unduly interfere with the important task of rest , relaxation and enjoying the fine wine and food of Oz.

Eric made clear he expects local authorities to behave reasonably in the way they manage their relationship with the third sector. He set out his Big Rule for councils ; the three tests of reasonableness.

- First, that councils should not pass on disproportionate cuts to the third sector.

- Second, that they should talk to voluntary and community groups at a very early stage about how services need to change and be reshaped .

- And third, that they will have at least three months notice about the need to end or alter a grant or other support. This would extend the Compact principle of the 3 month consultation period. This later point is crucial and I think we now need to argue for this principle to be extended to the localism bill , in guidance. Around the " right to challenge". This Right also ought to extend to requests to reshape services locally or even nationally.

Eric defined disproportionate cuts in his speech as bigger reductions to budgets than they take on themselves. He also gave a commitment to consider giving statutory force to these expectations should local authorities fail to meet them.

This is potentially an important statement from Government. It fires a warning shot across the bow of local government. Eric also made it clear that he expects those Local Authorities that have made disproportionate cuts to the sector to reconsider.

So no we need to act to ensure these pledges are implemented. We need to be contacting councils to ask how they will respond. And we now need to discuss with Government how we extend the localism bill to make a Right to challenge and to reshape. Such a challenge needs to be extended across State services, so not just councils but PCTs, Job centres and other parts of Government. And this Right needs to be seen as much wider than an individual council or local cvs. The Localism Bill does not limit the Challenge Right to just a local sector body. It could be a challenge from a national charity operating locally or a partnership of national and local.

This is an exciting feature of the Bill and one ACEVO members are keen to exploit. As well as local - national ventures we might want to team up with the private sector or make joint ventures with local councils.

Anyway I'm now in the mountains, staying with Zusanka Kutana who is on the Commonwealth civil society Committee with me. She is the programme officer for the World Council of Indigenous people. Her house , which she built with her father , is up in the monutains. Stunning views. Exotic trees and animals. And lots of dangerous spiders and snakes. I'm looking carefully where I tread. Anyway enjoy the photos. 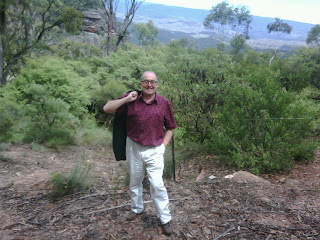 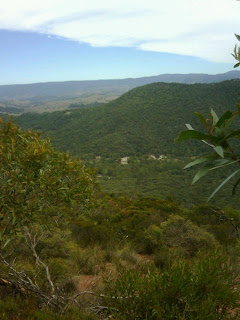 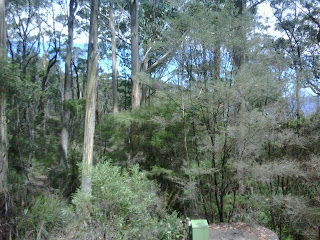