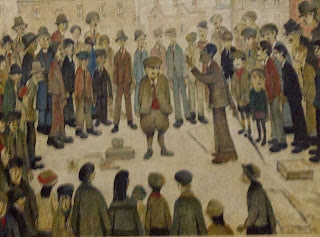 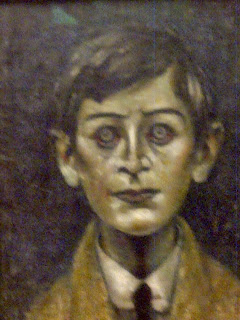 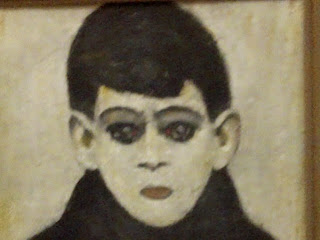 
Today we are supporting the launch of a coalition of civil society organisations that have launched a Commission to reform the Government’s Lobbying Bill.

A diverse coalition of prominent charities, campaign groups, academics, think tanks and online networks has launched an independent commission in response to the Government’s Lobbying Bill. The commission will investigate the impact of the proposed legislation on civil society, following widespread concerns that it will have a chilling effect on charities and campaigning organisations speaking out on issues of public concern ahead of general elections.

The Commission on Civil Society and Democracy includes experts drawn from across civil society. These are:


The commission is supported by a broad range of 37 organisations including the Royal British Legion, the Women's Institute and Christian Aid.

The commission will take evidence from a cross-section of civil society and citizens to ensure the widest range of views are heard. It will seek to ensure the Bill does not threaten democratic debate in the UK, and develop an alternative framework for regulating the activities of civil society organisations in elections. It will make recommendations to Parliament in time for the Committee Stage of the Lobbying Bill in the House of Lords, in late October.

And this afternoon my Chair, Lesley-Anne and I will go to see the Leader and Deputy Leader of the Commons (Andrew Lansley MP and Tom Brake MP) to urge them to take a pause and listen to the views of civil society on the Bill.

There is a close precedent for this. When the government found major opposition to the Health Bill it took a brave and very sensible decision to pause the Bill and launch the listening exercise.  Both Andrew and I have strong memories of this. It helped improve the Bill and allowed the amended version to pass through Parliament.

Obviously Government have a timetable in terms of getting this sorted in time for the May 2015 election but there is time. Our Commission should be given a chance to undertake those consultations and to feed them into the Lords discussions, when the Government can then decide how best to make the necessary changes to ensure the voice of civil society is protected. There are cross party concerns about this Bill. So let's listen to them.

A listening exercise will demonstrate strength by the government. I hope I can persuade Andrew of that.
Posted by Sir Stephen Bubb at 09:38 No comments:


Well all the press on the Ed Miliband speech yesterday has been about energy, land grabs etc. but for me the really interesting part was when he talked about mental health. This has not been widely reported but I suspect it’s the first time any party leader has used their Conference speech to highlight this issue. He used an example of a young girl who had written to say if only the signs of anxiety and depression had been recognised earlier she might have avoided the lengthy hospital stay she had endured. He said we will talk about other health issues but are reluctant to talk of mental health problems. He used this to highlight how the NHS needs to do more on prevention. This will have gone down well with my members in the health and social care sector. Indeed Ed had said that he was going to talk about mental health when he came to the ACEVO fringe meeting on Monday and Paul Farmer, CEO of MIND (and ACEVO member) was delighted. I got a chance to say thanks to Ed for that bit later that evening.

And there was another interesting speech yesterday. Boris Johnson got some good coverage in the papers for a City Hall speech in which he criticised a British "lust" for big houses and said the UK's wealthy should be philanthropic.

Bojo declared that wealthy Britons prefer to buy “the biggest possible house they can with the most colossal grouse moor they can find” and that it was "ridiculous" more money was not given to charity. “Stop buying Home Counties Schlosses” he cried!.

Good one. He is right. The poor do give a higher proportion of their salary to charity and the rich (with some notable worthy exceptions) do less. Having advocates like the Mayor of London is greatly appreciated.
Posted by Sir Stephen Bubb at 13:53 No comments:


One of the more interesting aspects of the Party Conferences are the extensive fringe meetings that take place around and about. Certainly better than listening to much of the leaden "oratory" of the politicians in the Conference Hall.

Yesterday was a bumper crop- a good session organised by the Charity Aid Foundation where there was an interesting collection of speakers. David Babbs (no relation!) the Director of 38 Degrees gave a fascinating speech and outlined why we have to oppose the so called Lobbying Bill and Gareth Thomas MP spoke about Labour ideas on volunteering. He made an interesting point about the need for the third sector to encourage staff to volunteer. And another speaker suggested we ought to be ensuring all our staff is in payroll giving. I'm going to take this back to ACEVO staff to discuss.

But course one of the highlights yesterday was the acevo fringe. A nice photo of my dear departing Deputy Dr Kyle (he leaves this week for his new role as CEO of working for youth). 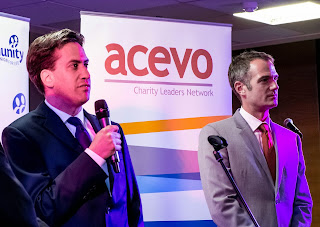 Posted by Sir Stephen Bubb at 12:20 No comments:


So now down at Brighton. 2 down ; 1 to go! Started of this morning with a fringe organised by Social Investment Business and Big Society Capital. Hazel Blears MP reminded us that the origin of BSC lay with Labour legislation. She is right but as I pointed out one of the good things about the social finance agenda is that it has strong cross party support. David Cameron has been a huge fan of social finance and made this one of the themes at G8. Indeed there is a G8 task force , led by Ronnie Cohen to take forward this agenda. This has been hugely beneficial.

And on that cross party theme it was good to see support for the new plans for a rehabilitation revolution launched last week. Stuart (NCVO) and I were able to meet key officials last week to discuss the last details of the announcement. We both felt much progress has been made in understanding the special circumstances of charities and social enterprises in bidding for contracts. Much has been learnt from the Work Programme about PBR and sector tendering. And credit to Chris Grayling and his MoJ officials for the time they have spent listening to our views and our input. It has been more than the traditional "consultation”; we have been involved in the design. Now before I get carried away we have yet to see how the tenders will go and whether we get the private sector cleaning up again; a point I made at a roundtable we held down in Brighton today!

Posted by Sir Stephen Bubb at 13:35 No comments: