Bring back the Future Jobs Fund!

So unemployment has now hit a 17 year high. 2.53m last quarter. This is disastrous. And shows no signs of getting better as we know , there is significant job loss already in the third sector and , post April , I expect it will get worse.

And the real shock is the growing army of young people unemployed. We have to learn the lessons of a previous lost generation. Members report that what is particularly damaging are the young kids who have lived in a family where no parent has had a full time job and now face that same situation themselves. There are very serious social consequences to this.

We can also expect to see a ramping up of attacks on the so called " work shy" or scroungers. Calls for peole to get on their bikes or the buses to find work. Attacks on scroungers are the traditional way in which politicians deny the reality of joblessness and avoid their responsibility to do anything about it.

It was a major error of Government to scrap the Future Jobs Scheme. This was making a real difference. And the scandal is that they cancelled an independent evaluation of the scheme being carried out by a university. So when you hear DWP politicians say " it wasn't working", don't believe them. It was. If they were worried it was not then they would have asked the independent evaluation to review it first.

It was a knee jerk and senseless act to scrap a scheme that is now palpably needed.

The reality is that it was strong and popular. The third sector had risen to the challenge maagnficently. Consortia and partnerships had been developed so that even small organisations could take on one or 2 youths. And the fact is that many of those yopng people on the 6 month FJF placements went on into training or jobs. We took our responsibility seriously to place people. What is happening now I ask?

My splendid Vice Chair has blogged about the success of the scheme they were involved in as Social Enterprise London.
But as the situation becomes more serious I'm sure government will find they need special schemes to stem the tide of youth unemployment. Obviously too embarrassing to call it a future jobs scheme. How about " big society new deal for youth" ? Other suggestions?

So I have left Melbourne on the way back to Sydney. I have risen to the Bogg challenge. 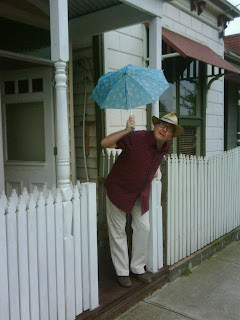 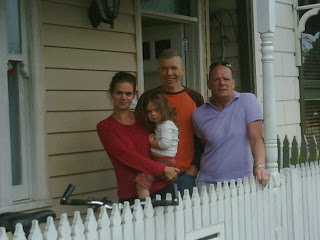