Spent a very pleasant weekend at the Quorn Grange Hotel in Leicestershire. It's owned by the General Federation of Trades Unions who took it over in January from the Unite union. Doug Nicholls is a friend from many years back when I worked for the National Union of Teachers and he is now the General Secretary of GFTU. I met him at the recent Community conference and he invited me to stay and check it out.

They are keen it is used by the voluntary sector for training and events like away days. It's ideally suited for that and we are going to use it for the SIB away day in January. And we are going to negotiate a deal for acevo members; it's good to plough profits back into the sector rather into some private sector hotel chain!

So what is the General Federation of Trade Unions?
The GFTU is the federation for specialist unions. There are 21 affiliates with some 215,000 members. The GFTU provides a range of support and services for affiliates - including education, research, health & safety, IT & Comms, and project management. The work of the GFTU is carried out by the General Secretary, Doug Nicholls and the staff at GFTU HQ

So have a look. 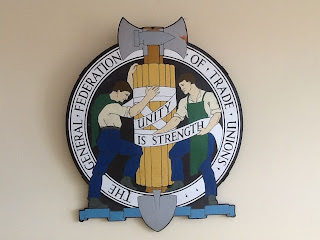 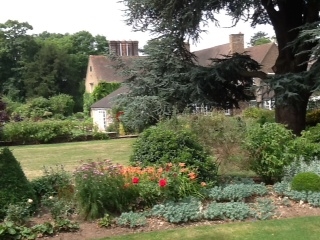 Posted by Sir Stephen Bubb at 14:45 No comments:

A bad day for Justice?

Today, for example, we should hear the results of a judicial challenge to the bedroom tax on behalf of disabled people who have been hit particularly badly by this arbitrary attempt at social engineering of the poor and vulnerable.

It’s also not sensible for Governments of any hue. Often legislators don't comprehend the full effect or unintended consequences of their actions. The Courts are there to help put that right. In the end, that makes for better laws.

We also have the new procedures for unfair dismissal claims. I think giving tribunals more power to stop or curtail vexatious claims is helpful to smaller employers like charities and social enterprises. Similarly encouraging mediation is sensible. But I'm not sure the charges to bring a claim are right. That might deter the bad claim but it would be wrong if it denied access to justice for claimants who have been treated badly. Again, this is not necessarily good for employers. We all need systems that encourage good HR practices and discourage arbitrary justice. Frances O'Grady mad a good point when she said this is a good day for bad employers.

Disabled people or those with mental health problems for example, have often fallen foul of bad employers. I know many charity CEOs employing staff have said they think it’s too easy to bring vexatious claims, but they also fully accept that good employers must accept the rigours of the law in protecting staff. So much of the change coming into effect that encourages mediation Rather than recourse to law is very welcome. We will have to see if the charge to even bring a claim has also a perverse effect.

Posted by Sir Stephen Bubb at 10:29 No comments:


CEOs deserve to be paid professionally. That applies whatever sector you work in. I have no time for those who decry the level of salaries for CEOs in our charity sector. One of the great advances of the last decade has been the growth in the level of pay for charity leaders. Of course very so often one of our dear national newspapers has a pop at the pay of some charity CEO or other. Recently it was pay at RSPCA. These papers seem surprised we get paid at all.  It's the down side of the term “voluntary sector". They think we should be doing the job for free.

I take a robust line on this. No excuses or mumbling apologies for high pay. I remember the time over a decade ago when the top national charities were nearly all run by ex servicemen. They were able to take these top jobs because they had their pension from the time they had spent in the services. And they did a good job. A career in the services is actually a good grounding for senior posts. But the point was that so many other great people, especially women, were deterred from these posts because they could get so much higher salaries in the public sector etc.

Now we have decent professional salaries we have a more diverse representation at the top. People from senior positions in industry or the public sector, and more women.

If the bottom line is an efficient and effective organisation that delivers for beneficiaries then you want to attract the best talent. That means competitive salaries. And they may appear high, though nothing like the private sector or even some parts of the civil service or councils. So no apologies for that

Every year acevo runs a CEO salary review. Hundreds of CEOs who have already completed the acevo pay survey 2013. This is extremely important as it provides us with a full picture of senior remuneration packages and also an aspect of the sector’s health.

Produced with Attenti, acevo’s executive recruitment consultancy partner, the survey is the largest of its kind, focusing on third sector CEO and senior staff salaries. This year there are fewer questions and we’ve taken on board CEO/Chair input in development so the questionnaire should be easier and faster to complete. The replies are completely confidential. Members can access the survey from the acevo website.
But also we would like views from the  Chairs of organisations and encourage them to complete the survey so we can get an accurate picture of Trustee Boards:


Spot on. The loan sharks are an excrescence. The proposal that the dear old CoE will work with Credit Unions to put them out of business is great.

I went to see the work of a credit union in Liverpool last month. A great bunch of people doing valuable work in supporting the finance needs of the community in deprived areas. But they could expand if they had more access to capital.

So the Church, which sits on huge endowments, could help expand this area of social finance.

However we also need legislation. It's time the Government acted to stop the excess of these people who have brought real misery to many communities. Their usury is wrong.  And it must be stamped out by new laws.

And this is another reason why we need to introduce the American Community Reinvestment Act and force banks to expand their lending into poorer communities. The fact that large numbers of people still don't have bank accounts is a standing indictment for our high street banks.

The banks should be joining the Church in expanding the work of credit unions by working with them to expand access to sensible loans for all.

Well done Justin. More power to your arm.
Posted by Sir Stephen Bubb at 10:22 No comments:


A great breakfast this morning (and I don't normally do breakfast!) with Simon Blake of the national charity Brook, the sexual health foundation.  He has led the merger of a wide range of local Brook’s into the one national organisation. He was telling me, after learning so much about mergers, he now knows where he went wrong and where he went right. Ultimately, he archived the merger, which he thinks might have saved many of the local organisations who otherwise might have gone bust. He has agreed to write this up for our acevo leadership journal. Hope he remembers that!

Simon is also the Chair of Compact Voice so we had a frank discussion on all that!

The whole debate about local and national is an interesting one. Certainly the sector as a whole is having to get it’s head around the new “localism “agenda. We are moving our own organisation in acevo to ensure we can support members on this. As I recorded last week, we have developed an active CEO regional forum structure.

Our regional engagement continued this week with our South West leadership forum in Bristol where members discussed with the ESRC (European Social Research Council) future research plans and how to engage and get involved more locally. We told the ESRC how they need to improve their dissemination and make this less for academia and useful in the real world!  You would expect no less from a bunch of practical CEOs.

As ever, Governance came up. We will shortly be publishing our Report from the acevo Governance Commission. Watch out for this!

This leads me nicely to the brilliant article in this week's Third Sector about the work of acevo's helpline "Chief Executives in Crisis ".

As Third Sector reported, it has experienced a steep increase in calls since 2011. I liked the comment from Jenny Berry who they report has a vivid image for the predicament of chief executives as they struggle to run their charities in a time of change, pressure and economic hardship. "I would compare it to being the pinch point in an egg timer," she says. "On one side of the egg timer is the board; on the other side are the beneficiaries." Jenny runs our acevo service; “Chief Executives in Crisis", set up three years ago in response to an upsurge in calls for help. She gives general governance advice to some callers; some are referred to a legal helpline that gives four hours of free advice, with more available at discounted rates; and others are referred for unlimited free counselling. This is not just about support for a CEO; it is about how we improve governance across the sector. How we help route out bad practice and contribute to a better sector. A real example of the public benefit acevo brings as an organisation.

Posted by Sir Stephen Bubb at 11:58 No comments: