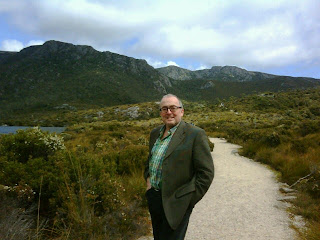 The view was spectacular, but somewhat close as we skidded on the steep corner of a gravel road leading up to our tree top Lodge in the Cradle Mountains. A restorative gin was necessary on arrival, but sitting on the verandah overlooking a quite magnificent view across the vast national park soon revived spirits.

Tasmania justifies that over used term " awesome " , in its majestic countryside . The clean air and water ( rain falling from clouds bowling in from the Antarctic ) make you realise how polluted a city London is.

But the majesty of the countryside is also its downfall. The place is rich in natural resources, raw materials and gems,timber and hydro-electric power. So the last 4 decades have seen many rich fights between environmentalists and mining and commercial interests.

It has meant Tasmania is home to one of the world's first organised green movement. The criminal flooding of lake Pedder in 1972 spawned the " wilderness Society" , a civil society organisation dedicated to protecting the natural beauty of the country and opposing the rapacity of the government and its business allies. They learnt from the failure of their campaign to stop the spoilation of lake Pedder so that when it was proposed that Lake Franklin, one of the last wild rivers,was to be damned they set up the " franklin blockade" in 1982 . Thousands of activists from all over Australia and abroad ( including our very own dear David Bellamy ) went into the area to be damned and stopped the work. Despite thousands of arrests the campaign succeeded .

Bob Green, the current Tasmanian Senator and Green leader ( I blogged on him yesterday ) was a prominent campaigner in that brilliant episode of an earlier " big society" speaking out, taking action to protect the future .

I guess in miniature its what we were doing in the UK when HMG foolishly decided to sell off our ancient forests. Thank goodness common sense prevailed there.

Protest and direct action are clear marks of a vibrant and democratic civil society. They must be at the heart of any notion of a bigger society. Yet somehow when one reads the neo romantics of the big society network one imagines its all about benign individual acts of kindness and delightful volunteering . Taking a cup of tea to one's next door neighbour , rather than sitting in front of a bulldozer. In fact both are necessary forms of an active society that cares.

When you see the glory of the mountains and lakes of tasmania , you know that fighting for a greener world , like many of my acevo members do , is a noble cause. The active voice of Big Society is to be treasured; a gobby and noisy third sector is a sure protection against the evils of those who put short term gain above long term care for our natural heritage.

So I blog from Cradle mountain and leave you with some delightful images of today's journey. Tomorrow its off to see the Franklin river and glory in its continued existence! 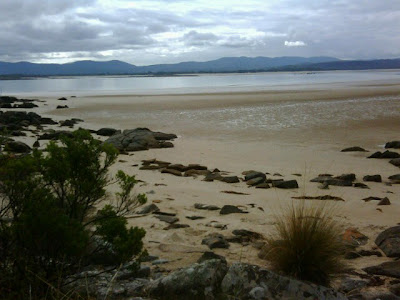 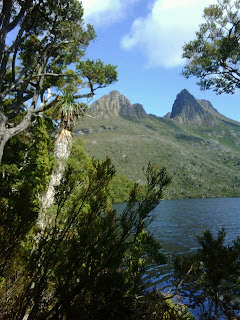 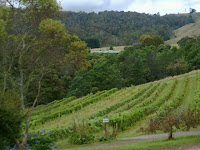