Or the Chipping Norton Literary Festival to be precise. Now in full swing, so it was over to the wonderful little theatre there (once a Salvation Army Citadel) on Saturday for a day listening to 'literary' figures being interviewed about their books.

First off, Alan Jonhson on his memoir of his childhood, "This Boy". A wonderful interview; which demonstrated to me what we lost when he didn't challenge Brown after Blair left office. His book has received rapturous reviews and he revealed that Blair had emailed him after reading it to say "brilliant; you missed your vocation". A back handed compliment if there ever was one. It gives an often harrowing account of his difficult childhood in Notting Hill, growing up looked after by his older (by 3 years) sister and oft ill mother, who died when she was 42 leaving Alan and Linda still kids.

Then, after slotting in a visit to my favourite charity shop - the Helen and Douglas Hospice - and buying an antique fountain pen, it was Jonathan Aitken talking about his biography of Margaret Thatcher. A contrast to the Johnson interview as you can imagine. However a fascinating behind-the-scenes account of Thatcher that was revealing, though I can't say it did much to add lustre to her divisive career as PM.

And the final leg was Kate Adie on her book about "Fighting on the Home Front", which details the contribution women made to the war effort between 1914-18. She told some great stories about unsung heroines and argued that without the contribution women made in this war we would not have won. This was the first war to be fought by the nation that involved attacks on the home front and civilian casualties.

And while I'm on the subject of Oxfordshire, a plug for an ACEVO members' meeting taking place at the Oxford Hub - lunch on Friday 23rd May. We will be hearing from Ben Rick, who has established the Social and Sustainable Capital fund to encourage social finance for third sector organisations, and from me! Booking information will follow shortly.

Posted by Sir Stephen Bubb at 13:43 No comments:

I rather enjoyed David Cameron's interview in the Church Times last week. I happen to agree with him; Britain is indeed a Christian country, and much of our charitable tradition is derived from that history. That continues today in the huge support from faith groups of all denominations in financial and volunteer support for charities, and in the continuing orientation of many great charities. Our big national children’s charities – the Children’s Society, Action for Children and Barnado’s for example – are all Christian in origin. Church leaders often lead the charge on issues of national importance like poverty. There were brilliant examples over Easter from Cardinal Nichols and Archbishop Welby.

However this is not to say that there is an excuse for prejudice against other faiths; quite on the contrary. Islam is now the second largest religion in the UK, and like any other faith it deserves respect and understanding. The Jewish religion has likewise played a key role in community life for centuries, though often against much discrimination. Both faiths have a strong charitable tradition, deriving from the Koran's and from the Hebrew Bible’s injunctions on giving.

The recent media portrayal of what is happening in Birmingham schools, or the way the Sunday Times wrote up the comments by William Shawcross on Islamic charities (with an article by their security correspondent), illustrates the dangers of losing sight of the major religions’ traditions of peace and charity. There are some who are only too happy to elide adherence to Islam as just a step away from terrorism, as some in UKIP have very recently done.

In fact, the William Shawcross interview was a good one. I agree with him that the law needs to change re. trusteeships, and he is right to say we can't afford more cuts to the Charity Commission. It was a shame the Sunday Times chose to highlight the ‘threat’ from Islamic front charities as though that is the major threat facing our sector. The fact that a Charity Commission member is also heading up the Gove enquiry into Birmingham Islamic schools does not help.

The last thing the Commission needs is to acquire a reputation for Islam-bashing – it does not do so. Although it cannot help how the media tackle these issues, it will have to be careful to ensure that this image does not stick.

Posted by Sir Stephen Bubb at 12:04 No comments:

Sad news that Robert, who has led Blind Veterans UK,(formerly St Dunstan's) for the last 13 years has died. Robert was a star. A giant of a man with a wonderful sense of humour I had a particular link with him. We were appointed to our CEO posts at the same time and through the same head hunter so we always kept in touch. And he loved the fact that our ACEVO weekly emails were called "Leader to Leader". I always ensured he was invited to all our ACEVO events and he was at the recent Lords reception where he met many of my family.

He was a superb leader; guiding the charity through change and re focusing the brand and purpose. ACEVO sends  condolences to his family and friends. He will be missed.

Posted by Sir Stephen Bubb at 11:28 No comments:

In York for interviews and had the chance to go to choral evensong at York Minster: an exceptional choir in a gorgeous building. We prayed for the Middlesborough Food Bank, which was opportune given today's publicity on Food Banks generally.

Religious leaders have called on the government to take action to tackle a "national crisis" of rising hunger and food poverty, as the latest figures suggest more than a million Britons have been helped by food banks in the past year. More than 40 Anglican bishops and 600 church leaders have signed a letter, calling on David Cameron, Nick Clegg and Ed Miliband to tackle the causes of food poverty, including low wages, rising food prices and an inadequate welfare benefit safety net.

They said the period running up to Easter had been a time of "sorrowful and deep reflection" for people of all faiths on what it calls the terrible rise in hunger in Britain, and urged society to "begin rising to the challenge of this national crisis".

It is time the Government took a more proactive stance on this issue, instead of the classic attack the messenger rather than evaluate the message. I’ve written before about the Department for Work and Pensions’ relationship with charities like the Trussell Trust

I was staying overnight at the "Guy Fawkes Inn" just next to the Minster. It’s the actual birthplace of Guy Fawkes in 1570. As I was born on Guy Fawkes day I was rather keen to stop there; a rather quirky place it has to be said but so much more fun than the usual hotel chains. 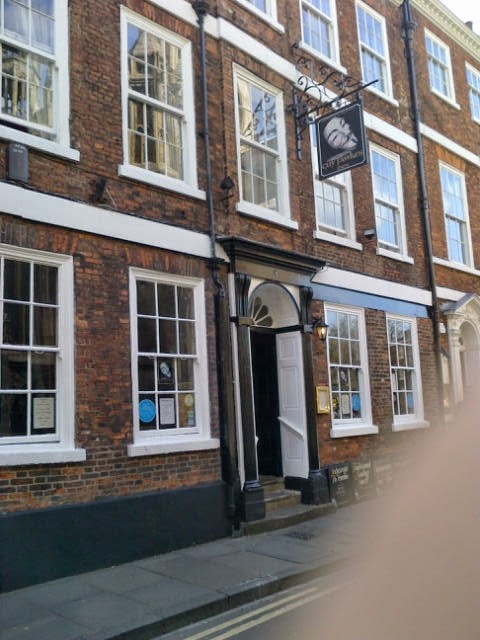 And there was a rather Roman Catholic theme to the evening as I went past the small shrine to St Margaret Clitherow, who, in 1586, was crushed to death under a door for hiding Priests during the protestant persecutions of the 16th century. She was canonised in 1970 and her house (it was a butchers shop in the Shambles) is now a rather lovely and quiet place of reflection away from the tourist throng outside. 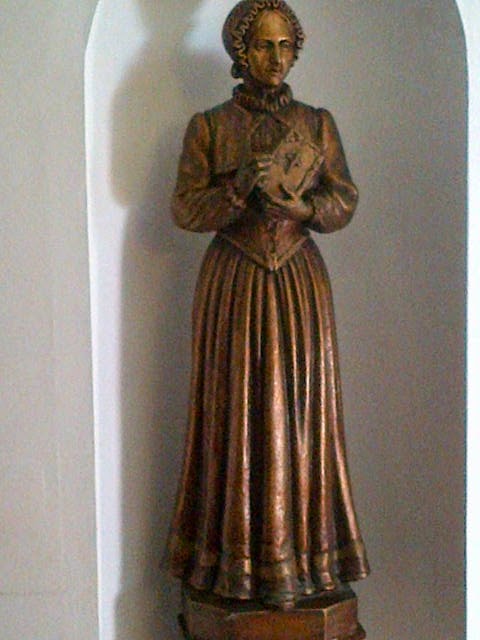 I had dinner with an old friend, the actual "Vicar of Dibley" as was. The Revd Malcom Macnaughton is currently the Chief of Staff to the Archbishop of York but was previously the parish priest in the village where they filmed Dibley (in the Hambleden Valley). He tells me one day he emerged from the vicarage to see Dawn French who shouted "imposter" at him! It’s amusing to note that the Vicar of Charlbury, shortly to become Archdeacon of Dorchester, is Dawn's sister.

So all in all a rather interesting day.
Posted by Sir Stephen Bubb at 15:09 No comments:

Postcard from Singapore and speculation on the Charity Commission.

Well, I'm home. And back in work, but on the way we had a rather splendid weekend in Singapore. Tiffin at the Raffles Hotel and Palm Sunday Mass in St Andrew's Cathedral, and shopping, obviously. My great uncle Wilfred (Squadron Leader Barrow as was) was here after the war and I have some of his photos but the place is unrecognisable having been colonised by motorways and skyscrapers. Not all progress is good. 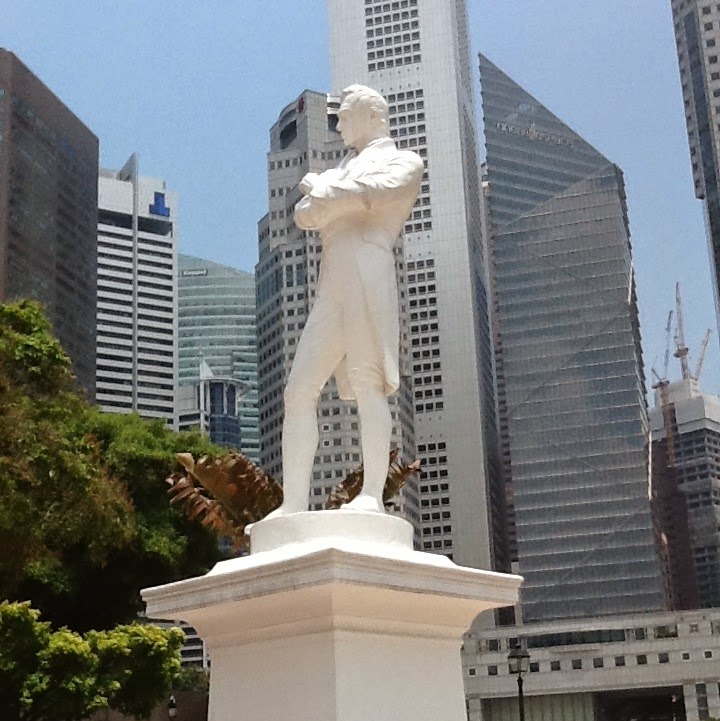 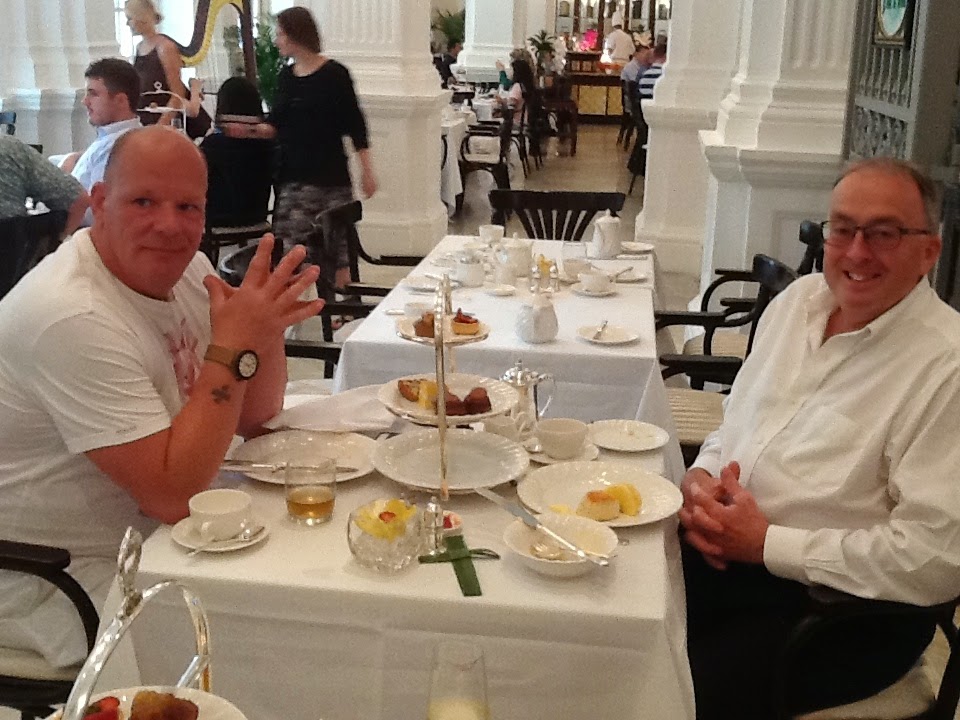 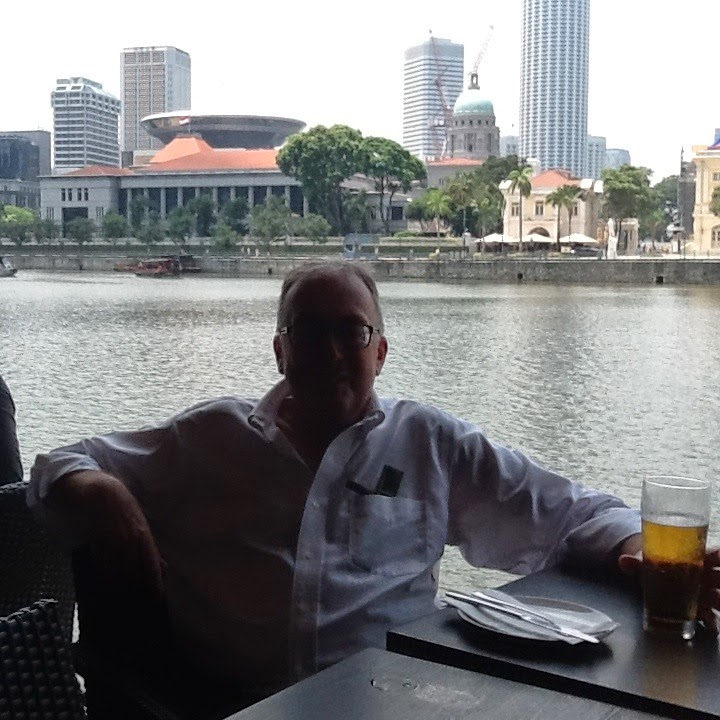 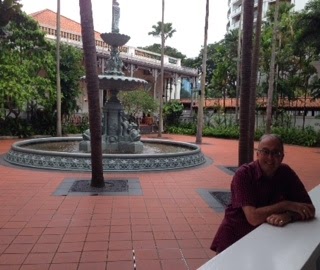 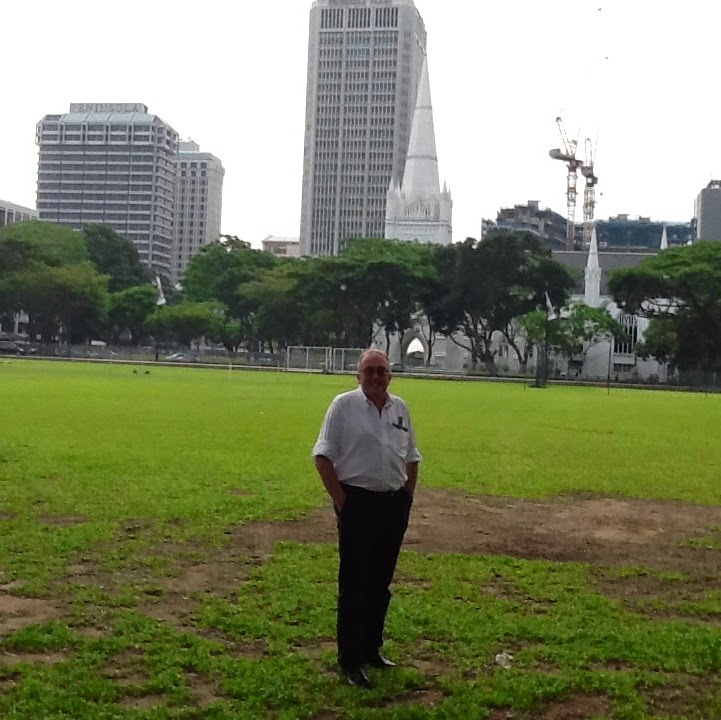 Today will be interesting; a call from the Chair if the Charity Commission to let me know who they have appointed as CEO. This will be a crucial appointment and the new person needs to take the Commission on a new journey; less money and resources and more scrutiny around fraud and tax dodging. But whoever it is will need to remember one of the statutory functions of the Commission is to maintain trust in charity. It is not all about being the Stasi and support to organisations like ACEVO to build capacity and good governance will be an important part of the job.  Maundy Thursday I'm booked to speak to them; but I have as yet no idea who it is. Not a scintilla of gossip has reached ACEVO towers! I will wish them well and we will work with the new CEO and Chair in the years ahead.