" Did you move those black snakes off your land" , Zukanka asked of her neighbour as we walked by? Just the everyday chit chat up here in the Blue Mountains. But when we were offered the choice of a bush walk or horse riding the later was clearly preferable; at least you are off the ground! 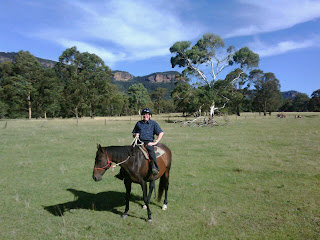 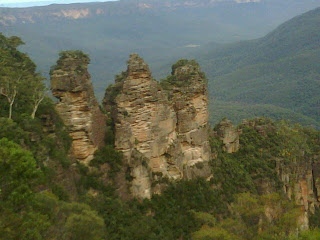 These 3 mountain escarpments are an important part of an aboriginal Song line. There are 7 in total. When you stand at the Point you look out across a landscape unchanged for millenia. Not a single house or settlement to be seen for as far as you can see. Just forest and the mountains. Its a national Park; belongs to the nation and well looked after by the Heritage service. And as yet no ridiculous Government proposal to flog it off aka the ill fated Forestry commission sell off .

It has been interesting to discuss the relative positions of our 2 countries third sectors. Here they are not facing the massive cuts that we are. The funding of the sector seems to be improving and there is pretty good interaction with Government. Interestingly they are seeing some tension between the big charities and the smaller local based community groups.

Anyway let me leave you with some pictures from the Blue mountains national park... 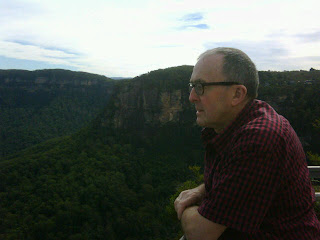 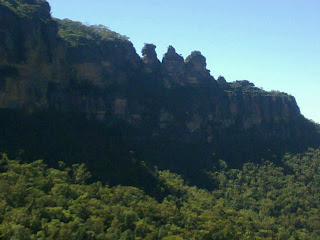 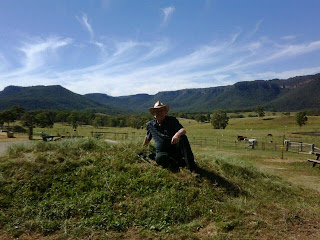