So, it's raining. Not an entry of interest in a blog in the UK obviously, but it's not so common here. Must be to do with Lent I guess. Anyway I blog from the " Sprint of Tasmania", the ferry that plies its trade across the somewhat treacherous Bass Straits from Melbourne to Tasmania.

The waters here were only chartered in 1800 by the English naval office Matthew Flinders. Before that it was thought Tasmania was party of the Aussie mainland.

An island of particular beauty and environmental challenges. The Senator is that wonderful environmentalist Bob Brown, who leads the Australian Greens ( the world's oldest Green Party )and is the country's most outstanding politician. A man of principle, he outclasses Julia Gillard , the current PM who he supports in their coalition government.

I met Julia when I was last here to talk about the work of Futurebuilders in the UK and the importance of social finance. She was greatly interested but I'm not sure anything has come of it! She is now hugely compromised by the pressures of leading a minority Government.

A poor example of her leadership has been to oppose Bob Brown's call for the introduction of same sex partnerships along our UK model and, as a first step ,to recognise the partnerships and marriages of same sex couples who marry abroad when they return to Australia. The Greens have been championing reform. Julia has opposed it, mired in the macho male politics of the Australian Labor movement. You would think she would show leadership and make a stand on principle, but she has adopted the reactionary role. Shame on Julia. Good luck Bob in your campaign. Let's hope you will be as successful her as you were in your great campaigns against the Tasmanian mining and damming companies back in the first great global environmental campaign against the Franklin Barrage back in the 80s.


We're off for a long weekend on that wonderful island 40 degrees south and the last stop before the Antarctic. You can look forward to some spectacular photo displays on the next few Blogs!

Now following yesterday's Lent message for George, let's continue the investment theme. Growing access to investment is crucial for growth. That's true for the public and private sectors. And it is true for the third sector; its just we are generally denied access. That's why I've argued we need to keep CITR . But the major change must come with the new Big Society Bank.

I mentioned recently I’d met with Sir Ronald Cohen about the Big Society Bank. He and Nick O’Donohoe, the government’s advisors on the Bank. I am obviously pleased to have the opportunity to make sure that the extensive experience of loan finance, of organisations such as The Social Investment Business (which I Chair), will feed into the Bank’s development and that lessons can be learnt from all the available data, including independent evaluations, such as the hugely positive report on the value of Futurebuilders.

I was interested to get news about Francis Maude’s confirmation, during Cabinet Office questions last week, that the Big Society Bank will give loans, not grants. The temptation is to think this Bank is there to make up for unwise and stupid cuts by councils to grant programmes. But while access to grants is clearly diminishing, access to loans remains feeble.

I’ve blogged enough times about the huge demand The Social Investment Business has experienced for its loan Funds. The demand for loans from charities and social enterprises has far outstripped the available capital in the past. At times, across Futurebuilders, Communitybuilders and SEIF funds, applications have reached £90m a month. There are powerful social and financial arguments for developing the social investment market further and the Bank is a very welcome step towards this.

When looking at how the social investment market should develop, it will be important not to over-complicate this early stage market. So called ‘simple’ products like loans offer an accessible way to create a social investment market in which valuable product innovations like social impact bonds can then develop. These new financial products will be exciting, but it will take some time to see their impact – so it is important that there are complementary and sustainable sources of finance available to the third sector.

The best result that the Big Society Bank can achieve is a well-developed, liquid social investment market offering charities, social enterprises and voluntary organisations the chance to access capital in order to compete for a much bigger role in public service delivery. 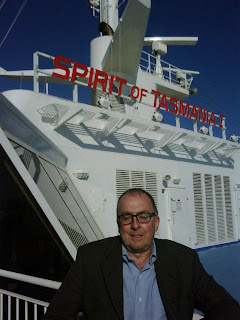