Our Euclid Board meeting went swimmingly well. Always good to do these over dinner; though it did somewhat prolong the meeting! Didn't get to "AOB" till after 11pm! Then back to our agreeable guest house - full of the third sector! 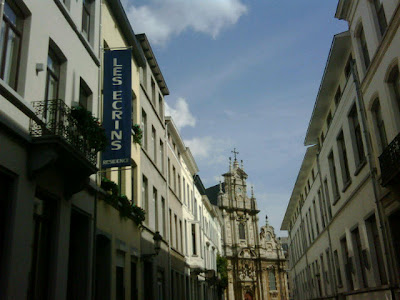 Les Ecrins guest house and gorgeous church of the Beguines

Euclid has been thriving, due mostly to the indefatigable work of that amazing duo, Filippo Addarii and Ben Rattenbury. They make a good pair. Filippo is the ever energetic, Italian but not quite stopped being student activist and Ben provides some stable Anglo-Saxon method and order. In running organisations you always need the enthusiastic ideas people and the operational detail ones. The best organisations combine both. So Euclid flourishes as Filippo jets the Continent milking his contacts and making new ones, while Ben makes sure they are ordered and results delivered! Chaos is therefore avoided.

Cathy Ashton, the Vice President of the EU and "High Representative" on Foreign Affairs spoke at our AGM in the morning. It was quite a coup getting Cathy. She was making her first speech on civil society.

She told us it was "a real treat" to speak to us as she sees herself as partly from civil society. She explained that in all her visits she tries to ensure she meets civil society organisations.

She said there are three clear priorities for her role:

1. To create a European Foreign Affairs service. Promoting the EU as a whole.

2. To work on better "neighbourhood" relations in Europe, such as between Kosovo and Serbia.

3. To develop relations with "strategic partners". How to collaborate with countries like Russia or Brazil, China and the States. In this to develop issues like human rights and to promote European values here.

In all this she wants to ensure a better role for civil society - not through bureaucracy. We need to find more effective ways to develop relations.

My key point to Cathy was not to think of civil society as marginal - only relating to volunteers, as opposed to a key economic player. The EU still has to understand the bigger role we can play in developing a people's Europe, rather than a bureaucrat's one.

She took the point; indeed agreed on how important the role of social enterprise is in economic development. Afterwards we had a word about how to promote this within the EU. Good that we have someone at such senior level with a feel and understanding for our sector.

As well as Cathy, we had the Vice President of the Parliament and President of one of the EU Directorates, who will be chairing the Economic and Social Affairs Committee of the EU. 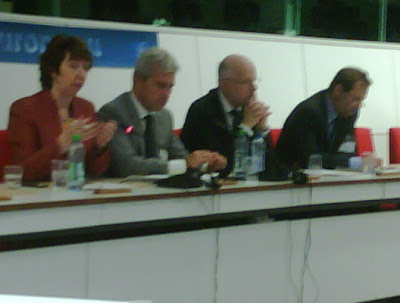 A fascinating event, drawing together third sector leaders from across Europe; not just the strong sectors like France, Italy, Germany and Sweden but also people from Macedonia, Albania and Egypt as well!

The core to Euclid's work is in developing the leadership potential of EU civil society leaders. On this basis we can also lobby the EU on funding and resource development.

But there is a message here for the UK Government. How do they promote the role of our sector in the way they want to promote it at home? 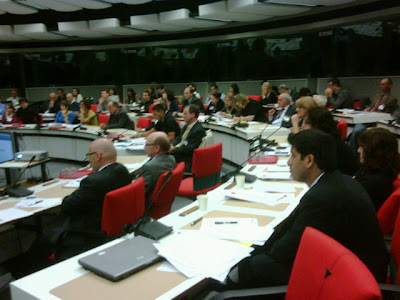