At the Lib Dem conference!

This was the conference one used to get other members of one's team to do as a development opportunity. Now CEOs have to go. And it has all become so much more professional. They even have airport style security, which irritates the hell out of older liberal delegates! And police and men with wires coming out of their ears!

I arrived to Chair a fringe event organised by DEMOS on public service reform; where next after cuts?

A good Panel. Norman Lamb MP who I described as Nick Clegg's guru! Sally Hamwee, Baroness (every panel should have one) and well known Lib Dem Londoner, Nick Seddon for Reform, one of my favourite think tankers and Roy O'Shaunessy who runs a particularly brilliant charity, Careers Development Group, who are big in welfare to work.

A very full room - sitting on the floor even. And a good selection of refreshments and even wine. A lively debate which ended with one fervent Lib Dem Councillor roundly condemning Nick Seddon as an evil bien-pensant from the Metropolis who has never seen a broken pavement!

I rather enjoy chairing. It beats having to prepare a speech, and one can interject, correct and comment at will.

I'm afraid the Lib Dems are rather short on the jolly receptions and certainly no champagne around here, so it was off to my charming hotel bed early! Good for me I'm sure, and a few finishing touches to the lecture for Wednesday's Big Event! 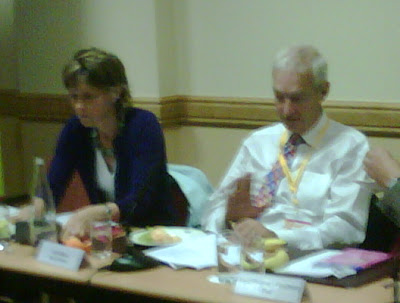 Jon Snow said no one is quite sure what this thing "Big Society" means but this gives us a great opportunity to define it!

Tom Flood made an impassioned plea to stop the silly bashing of big charities when organisations like BTCV who may be national and big but have a superb local infrastructure.

Andrew Phillips, that incredible charity lawyer and member of the Lords was amusing as he often is. He reminded us of the glorious tradition of charity law and had a strong message to charities; you don't often need to go to lawyers worrying about memorandum. What you need to do is get good trustees. He recounted how he has sometimes told clients who have come to him for advice to "bugger off" and sort it themselves. Hear hear.

Suzi Leather, Chair of the Commission, spoke about the need for charities to be looking to commercial sources for income as grants and contract income declines. But she also warned that we cannot take trust for granted. The public do trust us but are becoming more savvy and demanding. This is an important message for us and one the impact coalition is working on.

Some of the most useful things about flogging around these conferences is how many ACEVO members I meet, not to mention Ministers and hacks. 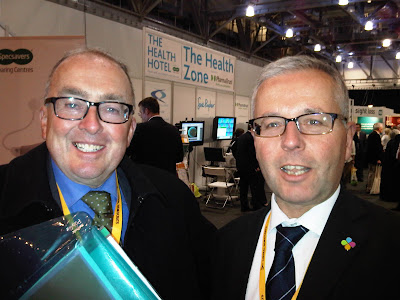 Photo of me and Stephen Burke - CEO Counsel and care 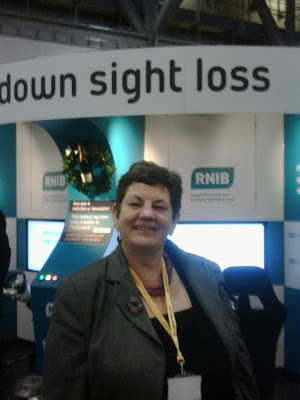 Jackie Ballard, CEO of RNID, in front of the stand of RNIB!