"We are a charity. Ordinary people trying to change the world. Join us."

This is the marvellous injunction at the entrance to The Eden Project. My father, brother and I were popping in on the way back from the magnificent Lost Gardens of Heligan. But it sums up the great charity ethos. Not about making soup for the deserving poor, but aiming to change the world. That is why trust in charity is so important and so precious.

An amusing headline on a story in Charity Finance this week! "Bubb chides his members after Newsnight chugging fiasco" it said. I suspect the journos at Charity Finance have ambitions to work at "The Sun"; chiding sums up a rather Victorian image of me in Headmasterly garb wagging my fingers at members! In fact if I was criticising anyone it was the fundraising community for not responding to the challenge of the Newsnight programme on chugging in a more robust way. We failed to defend face to face fundraising and many fundraisers seemed to think the best way to approach Newsnight was to refuse to co-operate, refuse to reveal details or put up a spokesperson.

But I think this reveals a wider issue for us: the role of the CEO in fundraising. I wonder if we have as much a grip on this as we should? It was clear in the run up to the Newsnight story that the response was by fundraisers. It should have been led by CEOs. A CEO should have been on Newsnight giving a strong defence. Given ACEVO's role in running the Impact Coalition I thought I should take this up. So I have written to the top 50 fundraising charities. The letter raises my concern over failure to defend the sector’s practices on Newsnight, which which featured a report on the fees that UK charities pay to fundraising companies for recruiting new donors.

The programme implied that face-to-face fundraising was wasteful because donations were wiped out by the fees paid to the companies.

Only two of the 20 charities questioned - The British Heart Foundation and Cancer Research UK - were willing to say how much they paid to sign up each donor.

My concern is that this reveals "a worrying lack of accountability and transparency on the part of charities".

Trust is so crucial that given the high profile of the feature and its influence on public opinion, there needed to have been greater involvement of chief executives in defending the sector on the programme and protecting its reputation.

The danger is that refusing to defend what are entirely defensible practices poses a very real reputational risk to the whole sector and could reinforce the kind of myths presented in the programme’s feature.

We experience high levels of public trust, but this trust is based on goodwill and is therefore fragile. We need to get better at explaining what we do in order to build the requisite confidence needed to strengthen this fragile trust, and we must do it in a clear, transparent and accountable way.

We are going to discuss this further in the ImpACT Coalition and determine how to take it forward. And I want to see how CEOs in particular can play a higher role in fundraising communities. I know this is an issue on which my friend, Lindsey Boswell, feels strongly - he has complained before that CEOs do not get involved enough.

This is going to be crucial for our sector as grants and Government funding generally gets tighter. We need to maintain and grow fundraising. We need to ramp up giving. Government is keen to lend its weight to a giving campaign and to promote a giving day. I know Nick Hurd, and Greg Clarke before him both feel that as a country we do not give enough. They are right.

So whether its "chiding" but I don't mind if the stories attract attention. So far responses have been favourable. The PFRA wrote to thank me for,

"a measured and insightful intervention. The visceral and destructive comments which this has already attracted – even from “professionals” from within our own fundraising community – shows just how far ImpACT – and the Institute – still have to go in dispelling dinner-party myths and uninformed gossip and hearsay about the effectiveness, legitimacy, and durable public acceptance of both face-to-face in particular and all fundraising methodologies in general."

Hear hear to that. And a comment from a fundraising consultancy said,

" I find it immensely frustrating that so many CEOs seem to see fundraising as a peripheral activity.

You only have to look at attrition rates to see that fundraising doesn't seem to be working. Research shows that few donors actively enjoy their relationship with charities.

If charities are going to grow in importance, they need to start treating donors as key stakeholders – and that can only happen when CEOs start taking fundraising seriously."

An interesting reflection on our role. I am sure I will also get critical reactions as well but at least I hope to have stirred up a debate.

Now back to the Eden Project! I suspect we all know of Tim Smid's work there but, perhaps as important, was his heroic effort in reclaiming the "Lost Gardens of Heligan". A beautiful and impressive garden that had been built up by the Tremayne family over 400 years had gradually been left to nature to reclaim. The estate fell on hard times and the 200 acres just required too much manpower to keep up. So the magnificent collection of exotic palms and tress, camellias and rare rhododendrons had been covered in rambling brambles and ivy. Tim and one of the surviving Tremaynes determined to reclaim the gardens and valleys and set about this mammoth task in 1990. And it is volunteer effort that did this. No less than the superb skills and organisation of that great conservation charity, BTCV, got to work to rediscover this lost treasure. And how stunning these gardens now are. A real testament to the power of visionary pioneers and volunteers who, against the odds, did what everyone told them was not possible or just plain silly. A privilege to be there. And I am carting back two camellias from their National Collection as a memento!

Some photos to delight;

The Lost Gardens of Heligan 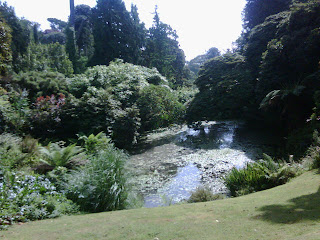 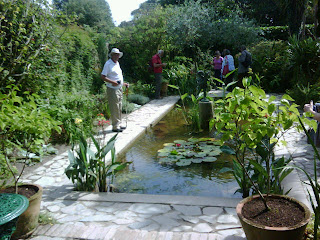 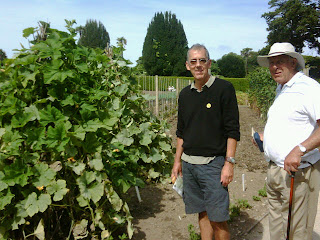 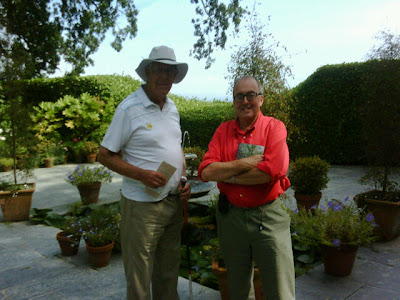 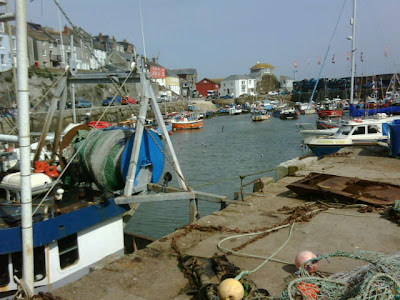 So let's remember that charites like the Eden Project or the work at Heligan are precious. They must be protected and promoted as they form the backbone of what makes the UK such a special place. And that is why fundraising is too important to be left to fundraisers.

I've never used face to face fundraising, but seems to be either fundraisers do it for a wage plus equipment and processing costs or we contract a specialist company to do it for us for a price. Either way and like with all fundraising, there are costs.