In the later decades of the 18th century two young Irishmen decided to seek their fame and fortune in India. The country was being opened up for trade by The East India Company (they had their Charter the year before Queen Elizabeth signed the Charitable Uses Act of 1601). They had established a trading base and military fort in Madras in 1640. There was much skirmishing with the French down the coast but we soon saw them off (how times have changed? Or have they?).

The two brothers, William and Paul Limrick, set off from County Cork though their paths were to take very different routes.

They were the sons of the Rector of parishes in the South West of County Cork, the Rev William Limrick and his wife Elizabeth Somerville, (who was also the daughter of a local County Cork Rector). Paul clearly decided to follow the family clerical path and studied at Trinity college, Dublin, taking a Doctorate and Holy Orders. He was appointed to the East India Company as a Chaplain to the Calcutta Presidency in the 1780s.

His brother William was clearly not of a holy bent and decided on the army, arriving in Madras on the ship, Walpole, in 1788. He was based at Fort St George, enrolled as a cadet. He fought in various campaigns under the Duke of Wellington (a fellow Irishman), the most famous of which was the Battle of Srirangapatnam in 1799, where the British finally defeated Tipu Sultan. He clearly did well as he rose to the rank of Lieutenant Colonel.

With his salary and booty payments he sent money back to Ireland where he had a house built in 1800 in a village that became known as Union Hall, to commemorate both the Union with England and the building of William's Hall! He retired back to Ireland in 1805 where he raised a family whose descendants still live in that village today.

Paul was not so lucky. He too prospered in Calcutta, becoming Rector of St John's Church and Chaplain to the Governor General of India. In 1809 he was appointed the first Bishop of Calcutta, but on his way back to Canterbury for his Consecration he was drowned at sea.

And where is this story going you ask? Well, I'm now in Madras; come to see Fort St George where Colonel William Somerville Limrick, my Great, Great, Great Grandfather was based.

The Fort still has many of the buildings used at the time and it is still an army base. The Church of St Mary, built in 1680, is the oldest Anglican church east of Suez.

Hard to imagine the Fort as it then was. There are some prints in the Museum showing what it was like then. 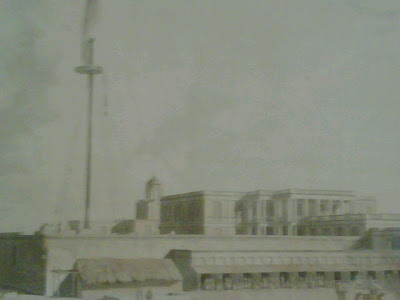 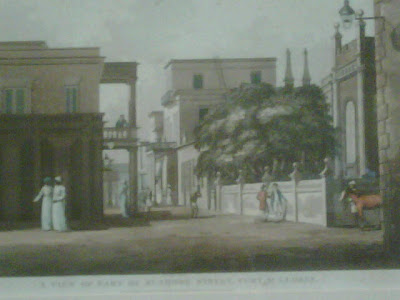 It's somewhat different now, though the Church of St Mary's is unchanged over the centuries. And my comfortable eco-hotel, the Raintree, is undoubtedly better than the conditions William would have put up with.

But it's always fascinating to step in the paths followed by one's ancestors.