It's always interesting to be in a conference with health professionals. You get an inkling of their strange closed culture where acronyms abound and patients intrude but rarely. Not that they are not fine people with great brains, but our health service is too dominated by the professional and there is not enough interaction with patients or citizens.

We have to hope that the Lansley reforms will encourage a better approach. This will happen especially if the role of our sector expands.

I see that happening through our role both as providers and as a voice for patients and communities. So many organisations in health and social care both provide a focused client based service but also advocate and campaign on citizens behalf. RNIB or RNID , MIND and Rethink ,Diabetes UK or Action on smoking, lots of local support groups provide an extremely important role which we now need to capitalise on.
There is a real challenge for our sector in engaging in GP commissioning. We need to be in their with the GPs persuading them we can support wellness as well as tackling sickness. We can provide the patient voice. And we can deliver cost effective services.

Our host at Leeds Castle was Baroness Julia Cumberledge. An old friend from her days in the 80s when she was a health minister. She greeted me warmly!"Have you still got that marvellous old leather suitcase?". She said it had always amused her and officials that this young radical(yes, that's me! had this old traditional case. But then ,as I said, I have always believed in the strong confluence of radicalism and tradition.

Although there are said to be 3 ghosts here I failed to spot Martyred Ancestor wandering the grounds carrying severed head. Shame as I'd have liked to see the bloody visage to spot any facial similarities! I did however see the Constable's quarters, where GG12, Sir Edward Neville lived during his tenure here .

Sir Edward is on the official Catholic Encyclopedia of English Martyrs and as a descendant I think this should confer a certain holiness on me. Indeed protect me from criticism. Either that or, as the head hunter David Fielding said, it showed a remarkable lack of political savy! 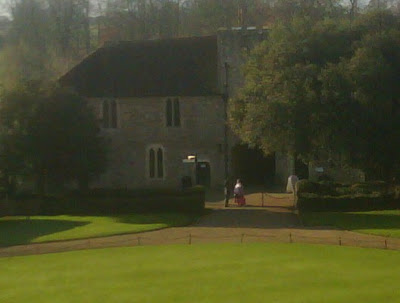 And the cold but sunny weather was glorious as I walked out around the moat this morning. 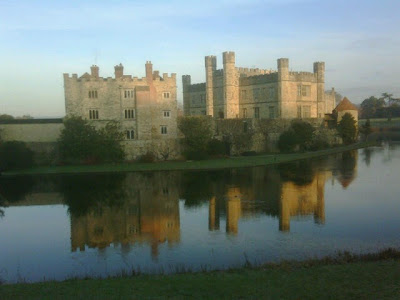 But with snow coming there is a need for log fires! 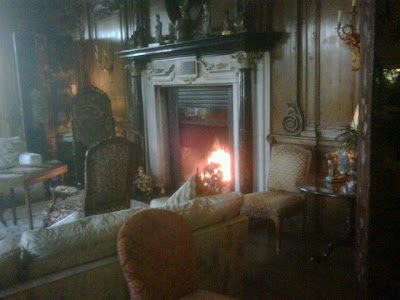 Well , all good things come to an end and its' back to Brixton, via the solicitors to sign my Will. So did you take advantage of the charity make a Will month I wonder? Never know when the next beheading is coming eh!