Eric Pickles gave rumbustious speech in Hammersmith and Fulham Town Hall. It's very clear he is deadly serious about decentralising power from Whitehall and it was good to hear that the Coalition are going to implement radical plans for localism. They should be applauded.

But I reminded Eric, in an audience which consisted of large numbers of Council Leaders,that the Prime Minister had been clear they wanted power devolved beyond the Town Hall to citizens and communities and I was not seeing much of that! Indeed quite the opposite as Councils hack at spending on the voluntary sector.

And all credit to Eric; he made a very strong statement about the importance of Councils not cutting spending here. He said Councils "could not be serious" if they thought they should cut our sector. And he said that he knew this was happening and that Bob Neill, one of his DCLG Ministers, had been having a word with said Councils! I could not have hoped for a stronger statement from Eric. And in November Stuart, Kevin and I are in a series of three meetings around the country with Council Leaders and the Ministers Greg Clark and Nick Hurd to talk about exactly that.

As a sector we are going to have to keep up the pressure on local Councils to not just protect the sector, but to expand our role, remit and delivery function. Too often local Councils see us as a marginal extra, and sometimes even an irritating one. It's time for a radical revolution in attitudes and a handing over of real power to local communities and a major delivery role to the third sector.

A ride back into town with Rob Whiteman, the splendidly upholstered chief of the local Government Improvement Agency. I like Rob a lot. A clear force for change and we talk how we can progress this agenda.

But then it was health! I was talking at a Reform lunch on "How the third sector will save the NHS"! I was one half of a powerful double act with Paul Corrigan. We are concocting plans for a 3SC4H; a third sector consortium for health; a vehicle for expanding our delivery role in health in light of Government plans for GP commissioning. Its bold and innovative. Exciting. You will be hearing more on this!

I was feeling a tad frail all day. Tuesday night I had managed to fling myself off a chair whilst trying to change a light bulb; hitting head on coffee table - was a mess! But it will take more than a few knocks to keep me from work, and it was good to spend Wednesday night in a wine tasting with members of my Board. I find wine is a glorious medicine and anaesthetic! 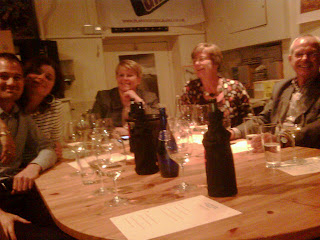 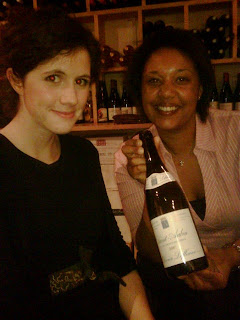 The session was a preliminary to our annual Board Away-Day taking place today. Strategic planning for the year ahead and reflecting on achievements and challenges. Making use of a Board of 12 highly talented and visionary CEOs. And I was awoken early as LBC wanted to interview on the "bonfire of the quangos". They were taking the piss out of the "Compact". So I set them right on that!

In fact I had an excellent chat last night with Nick Hurd MP and he was outlining plans for life after the Commission for the Compact and Capacitybuilders go (announced today). I have to say that the plans are good. There have been strong discussions with Compact Voice and I'm convinced Nick's plans will potentially strengthen adherence to the Compact - especially with a "refreshed" Compact. I got a really strong impression from Nick that he has thought this through carefully and understood the potential for upset if the Commission was abolished without plans to strengthen observance by Government and by local Councils. ACEVO thinks this is a good outcome.