Big Society Blog and The Proms

This is, of course, The Big Society Blog. I was looking today at the other one. Not overly inspiring. Indeed somewhat content light? But then it would be. It is not for Government to define Big Society. That is for us. Indeed I am picking up a lot of frustration in the sector about being told what Big Society is and what it wants.
So it is time for us to gird our loins. Stop waiting for Government to define the problems and answers and sort it ourselves. I wonder if we have become a little to used to waiting for Government and then responding to it. Do we forget our own strength and our power to resolve problems and define solutions. So it's thinking caps on in ACEVO Towers.
Had two great meetings where we talked through some of these issues. First with my old mate, Dave Clarke, the CEO of our sister organisation the Society of Local Government CEOs. Second with Lord Rennard at the House of Lords. Chris was an ACEVO member when he was the CEO of the Lib-Dems. He told me he had quoted me, from my Big Society speech, in a Lords debate on localism!
But enough of this. The evening was a glory of music. I was at The Proms. An evening of Beethoven. Marvellous. Inspiring. Beautiful. This is the world's greatest music festival laid on by the world's greatest broadcaster. The BBC is a national treasure. The licence fee is astonishing value for money. Jeremy Hunt; are you listening? I will pay more so stop this stuff about the fee being reduced. If you go anywhere in the world people will tell you what a marvel our BBC is. So let's support it. Big Society says; "We love the BBC ". 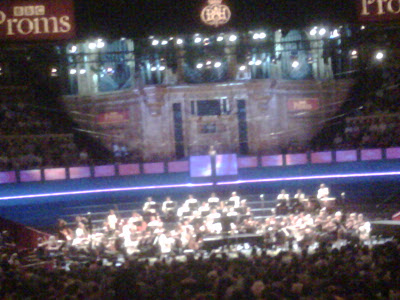 Now I have to do a range of media interviews on the National Citizen Service. Shall we define this? Or Government? When Councils are cutting grants to local voluntary groups so they are cutting back their services is it ironic the Government are to finance an expensive summer camp idea? We shall see. More on this tomorrow !