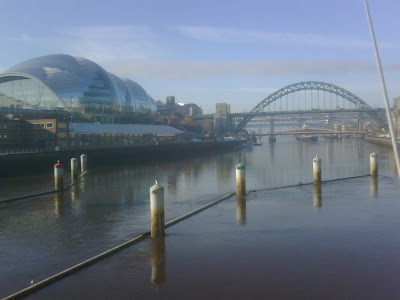 It was one of those moments; the Big Ask in Newcastle and I announced I was handing over to my Chair "Anne-Marie" and it was not until the giggles had subsided I realised that it was in fact Lesley-Anne sitting at my side. Still, she took it in good part, not mentioning my appraisal and wishing me a cherry, "farewell Jonathan" but an excellent Big Ask; one of the best; friendly and good humoured and relentlessly optimistic.

I had started my speech with appalling news; the gerrymandering by the Department of Health of our complaint against Great Yarmouth and Waveney PCT of anti - competitive behaviour. The DH competition Panel were to announce the results of our case - and frankly it was clear cut but the DH have intervened to prevent the competition Panel hearing it further by cancelling the whole commissioning process in East of England. They want the competition re-run. A disgusting example of political manipulation. Has Andy Burnham intervened to stop an embarrassing row over his craven reversal of health policy trying to curry favour with the unions? We are now submitting FoI requests to track this through. We believe the Panel was about to announce a result in our favour.

Ever since Burnham's announcement that the third sector is no longer a preferred provider to the NHS and that competition is to favour state provision we have heard countless stories from our members about how their relationships with commissioners have deteriorated.

And it is affecting the "right to request" process where staff can ask to be allowed to set up as social enterprises. In London I am told there were seventeen bids in process; after the Burnham announcement this dropped to just two.

Andy Burnham was elected to a Government that had a firm Manifesto commitment "to treat the third sector on equal terms". He has shamelessly broken that manifesto pledge. Can we trust him not to break others?

We often complain that there is a "rhetoric - reality" gap in Government. This is a disgraceful example of how politicians talk big and then fail to deliver. But in this case we are being deliberately excluded. Shame on you Andy. 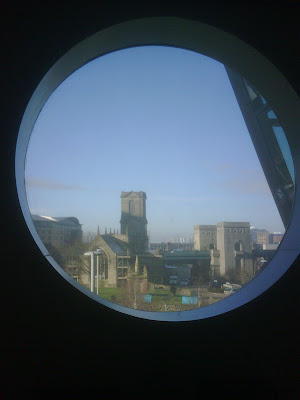 Gateshead Parish Church from the Sage - as pictured above

The ‘Promises and Pledges’ act which is the foundation stone of our modern day conveyancing laws.

Originally stated. “ That any promise or pledge when witnessed by a third party must be upheld if brought to a Court of English Law”.

Originally the law was formulated because many could neither read nor write, so in order to carry out legally binding agreements this law came into effect.

A promise is a commitment by someone to do or not do something.

In the law of contract, an exchange of promises is usually held to be legally enforceable, according to the Latin maxim pacta sunt servanda.