What role the Third Sector?

An interesting article on the next Labour Manifesto in the Sunday Observer; promising a radical agenda. We have now seen a strong pitch from the Conservatives for a growing sector role and Labour seem to be much clearer on the limits of state delivery, hence their call for more cooperative and mutual ownership (mirroring the "Red Tory" agenda of Philip Blond.)

The Lib Dems seem to have a less clearly thought through agenda on the sector (we are seeing Vince Cable tomorrow so we shall check that out) so if there is a Hung Parliament I'm not sure how that will affect us.

What is not clear is how the fine words will translate into action whoever forms the next Government. But to some extent the continues rise of the sector will continue regardless of what Government decrees. It is clear across Europe that State responses are increasingly seen as inadequate in dealing with the complex societies of the 21st century. Civil Society will continue to grow inexorably and the question is more how Governments choose to interact, not whether.

This is not just about delivery but also, crucially, about "voice". The fact that communities and interests are expressed through third sector organisations rather than political parties has been an interesting phenomena of the last two decades. Hence again the interest by the political parties in London Citizens, for example.

But there is a danger. Communities are not always force for progress. Witness the way many people with learning difficulties face in their local communities. And pressure groups may not be either democratic or representative. It is clear that as our sector grows the demand for us to show how accountable we are will grow. We may criticise politicians, but they have a democratic mandate. Where exactly do our third sector trustees come from? Is it transparent? Accountable?

This is the mirror image of the call for us to demonstrate Impact.

George Osborne last week was right to challenge us to show our professionalism. The role of ACEVO and our sister organisations will become ever more important in supporting this noble aim.

Good news on Friday; my nephew, Oliver, and his school team from Dulwich College have won the Bank of England - Times Interest Rate Challenge. They took home a cheque for £10,000 for their school. 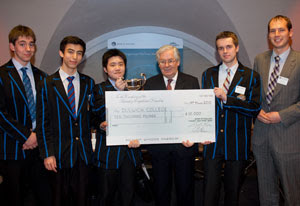 And another glorious weekend in Charlbury. How gorgeous to have the sun for a change. Here's a photo of Lord Rotherwick's sheep at Cornbury Park, unmolested by Hound! 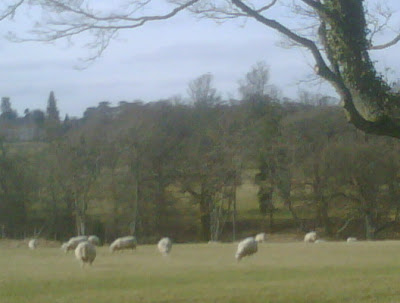 Good to see that £10,000 going to such a deserving cause as Dulwich College. I hear their caviar budget was running worryingly low.