What a wonderful world, the Future Jobs Fund and Evening song.

Got back from the Charlbury Scouts and Guides coffee morning (I bought a delicious Victoria sponge) to hear the inheritance tracks of John Major on R4 Start the Morning. I have to say Major was impressive (of course he also was a Lambeth Councilor) but I particularly liked his choice of Louis Armstrong's brilliant "What a wonderful world". As I walked the Hound over to the Plough in Finstock in the gorgeous autumnal sun I reflected that however tough or stressful the job gets the fact is we do live in a wonderful world so we might tackle a budget deficit but these things are ephemeral. The daffodils will appear again in the spring, the roses in the summer and the leaves turn in the autumn. And the canopy of the Fall leaf on the oaks in Cornbury park was testament to that truth. But let's not get too sentimental....

My nephew Oliver was making his debut in his College Choir at Evening song for the College Carol service on Sunday so my 2 sisters and aged parents went along to show support. Brasenose College (Oxford naturally) is a splendid institution and the Chapel is particularly gorgeous. Small but a hidden gem. And Oliver took us to the Formal Hall afterwards and then to see his charming garret room (once occupied by Michael Palin he tells me). But standards are slipping. In my day one had to wear a jacket and tie; as you can see Oliver is somewhat casually attired. 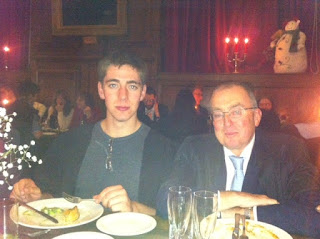 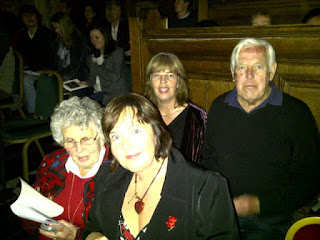 DWP have just published the results of an academic study of the Future Jobs Fund reviewed by the NIESR. This is the brilliant scheme that James Purnell MP introduced on the prompting of ACEVO. In one of the less clever decisions on taking office the coalition abolished it. IDS has often attacked it, but now we know it did work. And in fact ACEVO members have always been clear that it was a remarkably effective scheme. I met an ACEVO member in Devon who told me that they had achieved a remarkable 80% employment rate among the hundred or so young people they had employed

The bottom line is that the impact of the Future Jobs Fund (FJF) on the chances of participants being employed and/or off benefit was substantial, significant and positive. 2 years after starting the programme (so long after the programme itself had ended, so the participants were back in the open labour market), participants were 11 percentage points more likely to be in unsubsidised employment.

These are remarkably positive results for a labour market programme: it is clear that the Prime Minister's description of the FJF as "one of the most ineffective jobs schemes there's been" was wrong.

But it's too late: the programme has already been cancelled, so instead of spending money on something we now know works - for young people on the dole and for society as a whole - we're spending it on other things. And we don't know (yet) if they work or not. That's a stupid waste. Like the decision to end the futurebuilders programme, a piece of party politics that has ended by harming young people.