It was just before 4pm on Guy Fawkes Day 1952, as mother said, "Just in time for tea", that I emerged into the world! In those days, no nonsense about hospital births; Nurse Massey; the midwife, was summoned to the house by my father, who then cycled off for a days teaching at his school: fathers not encouraged to be present.

So it seemed just right to celebrate my 60th with a tea party in the House of Lords on Monday! And an eclectic mix of family and friends, ACEVO members, parliamentarians, churchmen, media, old college pals, trade unionists, Baronesses, cabinet ministers gathered to celebrate with me. I even had a note from Ed Miliband to wish me well, though as he said," 60; hard to believe it!". And a card from Tony and Cherie Blair. Tony's nice note was rather touching "thanks for your fantastic contribution to the nation and its voluntary sector". I think the PM's card got lost when he posted it in Dubai!

Baroness Hayter, an old friend from Young Fabian days, and an ACEVO Founding member gave a welcome speech to which I responded; a mercifully short contribution!


It was good to have a wide number of my distant cousins present; from Union Hall in Ireland, from Devon and from Kent. Here they are; 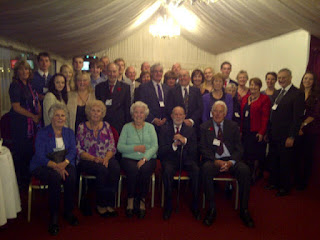 And one of my mother with some of the Devon tribe 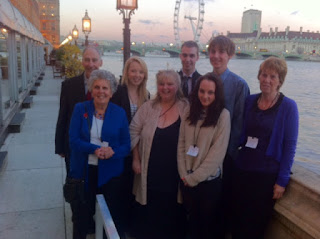 And obviously you need a birthday cake! This one baked by Martha in Brixton; Caribbean rum soaked fruit cake! Then back to my house on Brixton Hill for champagne and fireworks. I grew up with a firework party every year; in those days always on the 5th and not at weekends as now. I'm afraid my garden can't quite take a bonfire and Guy now! 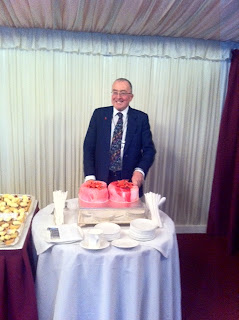 It's rather fun being 60. Boris has kindly supplied me with free tube and bus travel in London and I have my senior rail card; mucho savings on train fares for ACEVO! But as I said at my tea in the Lords: Bubb is neither shy nor retiring! The days when one retired at 60 are long gone. There is much to do leading ACEVO through troubled waters and challenging Government to do what is right and just. So ever onwards!