Always good to go to Liverpool. As I reminded my audience in St George's Hall I have 8 dead relatives buried in the City!  And, as I reminded the Mayor of Liverpool, the council once offered me a job as a Director . Fortunately for them I turned it down and went to the Lottery Charities Board instead.

But enough chit chat – why was I there?  The Social Investment Business was launching its Local Impact Fund for Liverpool. The first such new fund that we hope will become a potential big new source of loan funding for our sector.  So move over social impact bonds - this is the new show in town! 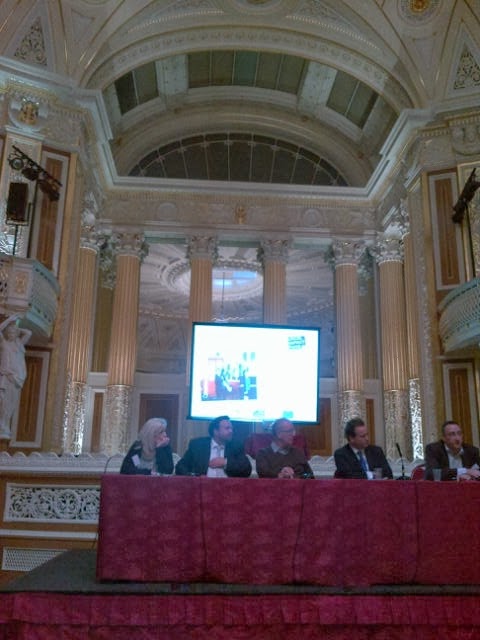 There is potential to tap into funding through 39 partnerships in England, so this  new loan fund is based on a partnership model that could tap into millions of pounds of European funding to grow local charities.  And it has begun in Liverpool!

The Liverpool Local Impact Fund will use £1m of European structural funding and match it with a further £1m of private investment from our Social Investment Business.

It will award local charities and enterprises unsecured loans of up to £250,000 each, for up to five years, to help them grow. It is expected to invest in 20 organisations this year. The interest rate charged will vary.

Similar local impact funds are being rolled out in five other areas: Manchester, Cheshire, Cumbria, Warrington and Lancashire.

Local impact funds will work by using local enterprise partnerships – which involve local authorities and businesses – to tap into a European development fund. The impact funds will then be able to use this money to help secure matched funding from other investors.

There is a ground-breaking opportunity to use local impact funds to attract more than £100m of new social investment in the next couple of years, enabling charities to create new jobs and improve services in their communities.

It was good to do this with Nick Hurd MP, our Civil Society Minister. And it was good to pay tribute to him as I introduced him in the grand surroundings of the Georgian St George's Hall. Nick has been passionate about the power of social investment and has done much to help grow the market. He was with us to endorse and support the new Fund. Nick is about to become the longest serving sector Minister. We have had a few since I persuaded Tony Blair to appoint a Third Sector Minister and since the very first one; a certain Ed Miliband!  And Nick has proved a great choice. He "gets" the sector – our quirks and fantasies as well as our ambitions and drive. He is supportive and has certainly lived up to the aim to "do no harm," as he said he would do when appointed.

It was also fun to be on the platform with the Mayor of Liverpool, Joe Anderson. Good to have him there. As yet the Council have not put money into the Fund, but I'm sure they are looking at this.

Then it was back on the train to attend a reception for the country's top 500 most influential people.....can't say more at this stage. Partly because I've left my ego on the luggage rack of the train...