Well, it was one Parade you could not miss; the chance to salute the Olympic and Paralympic athletes as they wove through the throngs in London yesterday.


I know from members in the many disability charities how much they hope the Paralympics will help change public attitudes to disability. We have long battles ahead. Already we know how the disability benefit changes have been botched and we also fear the same will happen with universal credit, as many charity leaders warned at the weekend. We need public opinion on our side.

And I rather agreed with the comments of Brendan Barber, the outgoing General Secretary of the TUC at his Annual Congress that the Games show the importance of the public sector and government.as he said;

"We can't muddle through greening our economy. We need investment, planning and an Olympic-style national crusade.

"We won't build up industrial strength unless we work out what we do best as a country, whether it's cars, pharmaceuticals, aerospace or the creative industries, and help them do even better.

"And just as the Olympics needed new infrastructure, so does the rest of the country. Not just new transport schemes or energy kit but new schools and colleges to nurture world-class skills and new housing to provide affordable homes and get people back to work.

"So let's build the council housing Britain is desperately crying out for, and while we're at it, let's build a new banking infrastructure as well, with a state investment bank, regional banks and a financial transactions tax to fund our national regeneration."

But let me leave you with a few shots from yesterday. 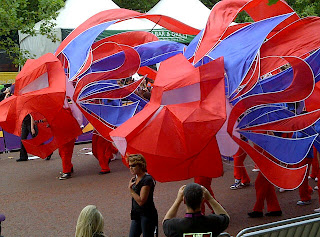 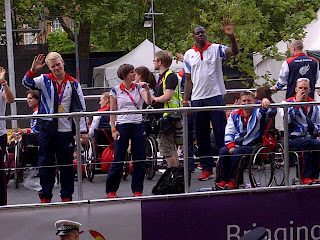 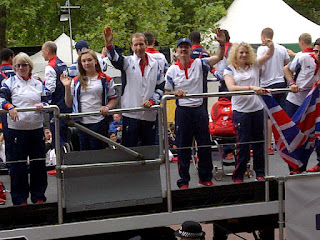 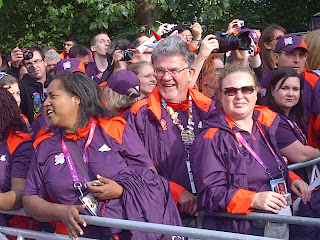