Straight from IDS to a meeting in the Commons with my old friend Gordon Marsden MP, who is helping a certain Labour Leadership candidate and wants to develop third sector policy. As we all know Labour got itself hopelessly compromised on service delivery. They now have a chance to sort it. Gordon got an advance copy of the Speech. In fact four of them. And I spotted Sam Coates, Political Editor of The Times, so he got a copy too. He eyed it suspiciously, "is there an executive summary"? Answer; " No, it's a masterpiece and needs to be read fully". I expect an Editorial to follow!

Then off to deliver The Speech. "Big Society; from romanticism to reality". You can read it in its full glory here. Click here.

I did manage to keep it below 50 mins. And then a superb ad hoc discussion over drinks and canapes. Fascinating debate on BigSoc. Nick Young, doyenne of our sector and CEO of Red Cross, Chair of Volunteer England, Beat Bullying, NPC, Cambridge House, Social Finance and The Social investment Business, The Development Trust, Ash; Deputy at ResPublica and of course my Chair. All gold star contributions. It was civil society at its best! And the conclusion was that it is our job to define BigSoc not Government. We form the backbone of Civil Society so we don't expect to be told how to achieve it, though we need Government as a real partner, facilitator and capacity builder.

"A miracle of deliverance". 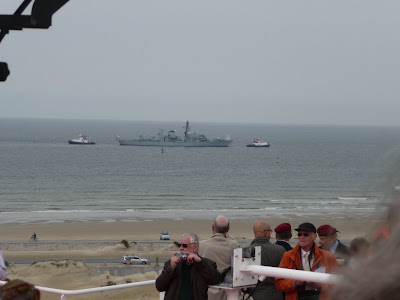 Did you see the wonderful pictures of the small boats off to Dunkirk, a re-enactment of the wonderful flotilla that rescued our troops from the advancing Nazis 70 years ago? Well, my younger sister Lucy was on one of the main boats. She was one of the choir that formed part of the official ceremonies. 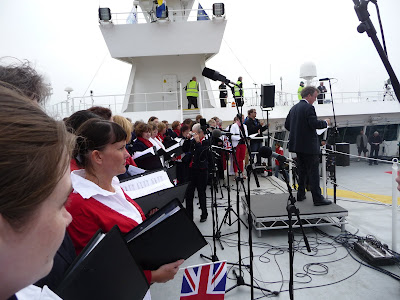 The Royal Choral Society getting ready to sing

The coalition programme published after the election committed the Government to "much greater involvement of independent and voluntary providers" in the provision of health services.

So good news that Andrew Lansley MP Secretary of State for Health has agreed to give the keynnote speech at our major Health and Social Care Conference - Implications for the third sector after the election - on 14 July (10.00-16.00) in London. You can book here by clicking on this link. But places are limited and priority for ACEVO members obviously.

This will be one of Lansley's first major speeches since taking office, a sign of real commitment to us.

I spoke to him at the Tory Summit and know he's a great friend of the sector. We have such a huge membership amongst our health and social care CEOs it will be a great event.

And finally; a competition. What shall we call ourselves? Not third sector? Civil society has not taken off and so last week Government was talking of, "charities, social enterprises and voluntary organisations".

This week it was "charities, social enterprises and cooperatives".

So in two weeks we have lost voluntary organisations and community organisations. Careless surely! What will we loose or gain next week? What will next weeks's "nom de jour" of preference be? And how long before we are back to "third sector". It's just so much easier!