What a way to start the week - holding a vellum parchment from 1601 in the House of Lords!

I am trying to write a history of charity. A not un-mammoth task. I spent some of the few months recovering from my recent Op looking at documents in the Bodleian Library. It’s a fascinating area of study, but I also find so many parallels with modern day charity. Many of our so-called new ideas and innovations have been tried before. Even in the 16th century, for example, they had discovered the power of social finance and made loans to budding entrepreneurs. We just invent new names for old ideas and then market them as brand and new and sparkling.

And it’s instructive to have a solid understanding of how charity law has evolved. After all in Elizabeth's day it was about finding money to redeem prisoners, build bridges and roads.The preamble to the Act contains a list of activities the State believed were useful for society's benefit and wanted to encourage giving. The list is the foundation of our modern definitions of charity which have evolved by analogy with this Act.

Here it is in all its glory: 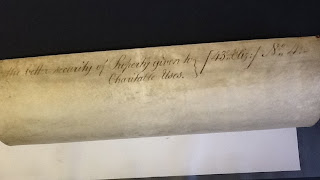 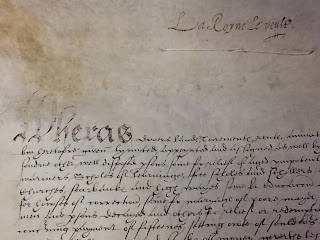 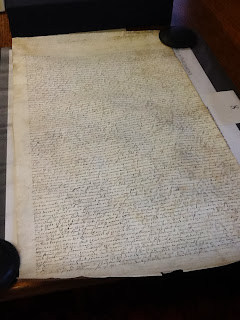 "Relief of the aged, impotent, and poor people; maintenance of sick and maimed soldiers and mariners, schools of learning, free schools, and scholars in universities, repair of bridges, ports, havens, causeways, churches, seabanks, and highways, education and preferment of orphans, for or towards relief of stock, or maintenance for houses of correction, marriages of poor maids, supportation, aid, and help of young tradesmen, handicrafts-men, and persons decayed, relief or redemption of prisoners or captives, aide or ease of any poor inhabitants concerning payments of fifteens, setting out soldiers of soldiers and other taxes."

The definition of "charity" has often been a political hot potato. The commons PASC wants to define "public benefit" specifically. And recently the Chair of the Charity commission has suggested we have new "categories" of charities.

I have no objection to this debate, though I fail to see how far it advances anything useful. Its a bit like those debates on what we should call ourselves; third sector, voluntary sector, voluntary and community sector, charity, voluntary, community and social enterprise sector. All very interesting if you don't have anything better to do. What matters is what you achieve.

And I suspect a debate on categories of charity is headed in the same direction. How would you define the categories? And what purpose would that serve?

Mr Shawcross seems to have a bee in his bonnet about charities delivering services on contract to the State. He suggests they are in a different category from volunteer and non state-funded charities. But how would you define that? What proportion would you take? The majority of the more organised professional sector has to a larger or lesser extent some contract or grant income from the State. And it varies. So do you have a cut off?  Say 50%. But what happens when you loose a contract and so move below the threshold. Or win one and move above?

But more important is what would these categories be used for?  Is Mr Shawcross suggesting those with large contract income loose the benefits of charitable registration?

And if we have a category for contract delivery charities, then we will obviously need one for the public schools and large hospitals like Nuffield. If there were such a category I can imagine how easy it would then be for some to argue that group loses charitable benefits.

In any case the vast and glorious army of charities - some 160,000 of them - will defy some pen pushers attempt to push or pull them into a category. The sector is far too complex in its activities to be so categorised.

So I wish Mr Shawcross well with this. I just hope we don't waste any of the precious resources of the Commission on such an exercise.