The core founding idea of acevo was as a network of charity CEOs. A network of support and advice, encouragement and learning. It remains at our core, so though you might see the high profile media attention on some of our campaigning work for CEOs, that network remains the beating heart of acevo - and it is not just London based. We have a broad UK wide network and indeed, the network is thriving and growing in Wales in particular. I will be there soon...

This last week for example we have held CEO forums across all the north regions. Acevo members told us at the end of last year that they wanted these monthly, by city region with all dates planned. A fair ask though that does take some organisation!

We have delivered this, and I'm pleased to say our members have responded well. It's one thing to demand regional events, but another to turn up at them! However, attendance has been strong, with healthy discussion around a wide range of topics. My acevo north Director, Jenny Berry was with members in Preston on Monday where they looked at safeguarding, and all the wide range of issues members need to consider about this - not just those working with children or vulnerable adults. On Tuesday our forum was hosted by Mohammed Ali, CEO of QED in Bradford, who has been a member of Acevo for years (a former trustee no less!) He celebrated their 21st anniversary earlier this year. Jenny tells me he put on a fantastic curry buffet for everyone, which went down rather well with our busy CEOs! On Thursday, Jenny was in Newcastle, overlooking the Tyne, with members discussing how to develop their personal leadership styles.

It’s a strong aspect of the network in action and of course there is the range of leadership development offers, key to a CEO network. On Wednesday, there was a session from our new programme with NPC on" Inspiring Impact” in acevo Towers. The first of the discussions around "Leading with Impact" that we will be rolling out around the country over the next few months. My Chair, Lesley-Anne was there; leading by example and she was enthusing about it’s value.

This underpins our recent rather soft and un-costly rebrand where we wanted to emphasise that original concept of the network that led to the setting up of acevo 25 years ago. So, you will see us describing ourselves as the “charity leaders network". Important to note that does not mean we will not be representing social enterprises. We will continue to do so. See it here.

We see a return to lower case. Brand is essential to a charity and it’s a core role for a CEO. I made a mistake some years back in allowing one of my Directors to take us from a lower case to an upper case “ACEVO". Thought I was being empowering when I should have just said NO. Anyway, he is gone and we are back to the more charming, inclusive and friendly “acevo". Hope you like!

Last week was busy for me as well as my dynamic northern director! I was also in the north; with the Bubb clan. We decamped to Langar Hall in Nottinghamshire (yes I know, but it’s North of Watford!). A delightful family run hotel in rolling countryside and slap bang in the middle of the Stilton making farms of Colston Basset and Cropredy Bishop. My niece was celebrating her graduation, with a first, from Nottingham. The Admiral Earl Howe (victor of the "Glorious First of June" is buried in the adjacent Church. My room looked out over the Churchyard, which I visited at sunrise as the Hound had awoken early and was keen to do her toilette. 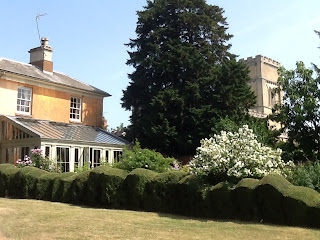 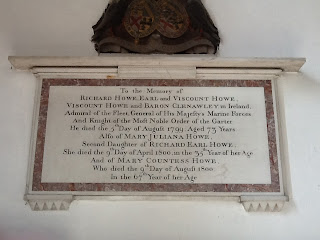 Talking of networking; Wednesday I was at a function where I bumped into Ed Miliband and had a chat on recent health developments! Ed and Justine got married at Langar Hall!

That was after the annual gathering of Knights for our Dedication service in St Paul's Cathedral. I even managed to do a bit of acevo campaigning on the MoJ reforms with a certain key person....

Amusingly I was telling the great Bishop of London about my project to write a book on the history of charity. He was recounting  two splendid London charities of yester year. One, raising funds for the purchase of faggots for burning heretics, the other a charity for the relief of impotent apprentices! Well, at least it wasn't tax avoidance!

So, there you have it, you can't have enough of networks or networking.

You campaigning is going to result in Probation Officers being made redundant.