A challenge for Government!

So we are mid term in a coalition government and today the PM and the DPM set out the options for the next period of coalition. In considering policies to pursue we need to see a renewed commitment to the country' charities. So I wrote to both Cameron and Clegg setting out how I see the opportunities for our sector and yelling at them about how frustrated charity leaders are with the failure to galvanise charity action in public services.


Here is the letter;

I am writing to you about the coalition government’s plans for the second half of this parliament, ahead of the proposed "update’ of the Coalition Agreement.

When the Coalition Agreement was signed in 2010, many charity sector leaders were cautiously optimistic about the future; in spite of the significant reduction in Government spending that we knew was to come. The Coalition Agreement stated that though difficult decisions lay ahead, “we will ensure that fairness is at the heart of those decisions so that all those most in need are protected.” The same document spoke of a desire for “people to call the shots over the decisions that affect their lives”, and the Conservatives had run on a manifesto titled “An invitation to join the government of Britain.”

As Prime Minister, you described building a Big Society as your “great passion" and “central to my vision for our country”. You spoke eloquently of your desire to reform public services, with a significantly greater role for charities, stating your ambition for “one of the great achievements of this Government to be the complete modernisation of our public services”. You were entirely right, in my view, to argue that "it’s not that we can’t afford to modernise; it’s that we can’t afford not to modernise.” Entirely right because if we remove tens of billions of pounds from public spending and do not reform the way they are delivered, it is the people who rely on them who pay the price.

Since 2010, the Government has to take credit for some major achievements. The establishment of Big Society Capital represents a historic milestone, putting Britain at the vanguard of the development of social investment across the world. Reforms to Inheritance Tax Relief and Gift Aid have made it easier to give to charity. The Localism Act has brought about historic new rights that could enable charities to transform local places and services. Health reforms could offer a bigger role to charities to deliver key services and act as advocates for patients and citizens. In education there are new rights for citizens to establish schools.

But elsewhere progress has been slow or has stalled. Charity leaders feel frustrated and demoralised at this lack of progress.

The ‘Big Society’ is a strong concept, even if Whitehall has struggled to communicate it or implement it consistently – but now the phrase is effectively dead. The potential for charities to transform public services remains largely untapped, with reforms in too many areas either glacially slow (as in the reform of social care funding or offender rehabilitation), or with the reality divorced from the rhetoric (as with the Work Programme, where too many charities are now struggling or withdrawing from what was first described as a “massive boost for the Big Society”).

A much heralded White Paper was delayed, and bold proposals like a ‘right to choice’ basically dropped. The mood music across Whitehall has been that reform is off the agenda. The reality many charities now face is crippling spending cuts: half of local councils admit making disproportionate cuts to charities in spite of Government guidance to the contrary. Most ACEVO members whose funding is being cut have had to respond by reducing the services they provide. Meanwhile charities who find themselves defending their beneficiaries from welfare cuts suffer ministerial attacks on ‘benefit scroungers’ – attacks that they know increase public hostility to those genuinely in need of support. Rather than ‘joining the government of Britain’, they are told that their rights to be consulted or challenge government policy will be reduced, and find decisions on where the axe should fall increasingly taken in the context of a scrutiny deficit – at a local level, where democratic participation and the media spotlight are weaker, and with the central apparatus that would once have scrutinised those decisions pared back.

Despite the size and strength of the charity sector, our role in creating jobs and economic growth is generally ignored.

It is hard for those charity leaders to escape the feeling that when it comes to promoting the potential of charities in this country, a Government once sincerely full of ambition, vision and urgency has lost its way, and now lacks a clear narrative on the role of charities in the economy and society.

We would like to be constructive, rather than fractious, partners. I hope that together, over the second half of this parliament, we can get the relationship between Government and our sector back on track. And I believe the ‘coalition update’ could provide a firm foundation for doing exactly that. In particular, I would urge you to ensure that it:

1. Reaffirms the Government’s commitment to supporting charitable activity. For instance, the Government could help grow the number of employees donating to charity through payroll giving, by building on the Government matching scheme of the early 2000s; or commit to a swift payback of the hundreds of millions borrowed by the last administration from the Big Lottery Fund to pay for the Olympics; or commit to substantial action to incentivise social investment.

2. Shows ambition on reforming public services. For instance, the Government could commit to reforming social care funding along the lines of the Dilnot report within this parliament and should follow through with the oft-stated ambition to achieve an offender ‘rehabilitation revolution’, capitalising on the voluntary sector’s enormous potential to contribute here. A cross-Whitehall action plan on delivery of public services by charities and social enterprises could ensure our sector's potential is seized across the piece. A key reform would be to introduce a general right to choice and a right to challenge for citizens for their public services.

4. Clear incentives for charities to create jobs and economic growth as part of the broader initiatives to promote the growth of SMEs.

A reaffirmation of some of the principles and vision that so clearly animated the coalition in its early days would send a clear signal, and lay solid foundations for successful partnership between Government and the charity sector over the second half of the parliament. I would urge you to seize that opportunity.

And it is first day back in work for me and as punishment I was up at 5.30am to do an interview for one of my favourite programmes " Today". Evan Davies grilled me; but it gave me a good chance to set out what charities can do given half the chance and so why modernising public services is so important and how bad it is that Government have gone slow on it.
And the rest of the day gives me plenty of time to push the arguments on the airwaves.

Amusingly I bumped into David Cameron at the weekend when we were both out shopping in Chipping Norton. Gave me the chance to introduce him to The Hound! Can't say the Hound appeared overly impressed to meet the PM, but we had a good chat; I am, after all, one of his constituents!

The break was great. Enjoy some pictures of my sojourn in Charlbury. 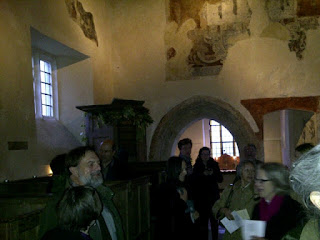 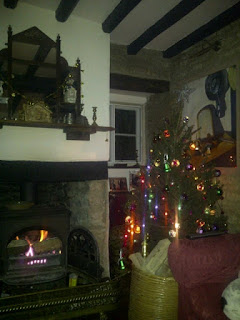 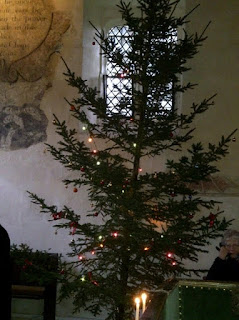 Sir Stephen, we never had our conversation regarding SAF bids as the matter was passed to your CEO, Jonathan Jenkins. Jonathan has advised me that you are aware of my complaint but I want to ensure you have received all the correspondence and evidence? In particular, for reasons I have highlighted to Jonathan I think it appropriate for the board of trustees to investigate my complaint. Kind regards, Paul Kent Community Inspired