I think it is a safe bet to say that Luke Lancaster is ACEVO's youngest member! 16 year old Founder and CEO of young people’s charity Young Pioneers, Luke has been awarded the prestigious World of Children Youth Award. Often referred to as the “Nobel Prize for child advocacy”.

This is the first time that the accolade in this category has been given to a British recipient since the awards were launched in 1996.

As the winner of the Youth category, Luke will receive his award at a ceremony in New York on November 3rd 2011.

He founded Young Pioneers at just 12 years of age and has dedicated his teenage years to developing accredited educational initiatives and programmes that enable young people with the skills they need to lead personal and social change. Much of the work the charity does focuses on vulnerable and disadvantaged young people , building confidence and enabling young people to overcome adversity.

Young Pioneers programmes are delivered across the UK and its Tomorrow’s Leader’s programme will be rolled out soon.

And this is not the only award our ACEVO CEO has received! In 2010 Young Pioneers was awarded the Third Sector Engagement Award and Luke , the Children and Young People’s Champion Award .

I'm always unhappy at the idea that" Social enterprise" is somehow different and apart from the third sector as a whole. It isn't. Some of the great social enterprises are in fact charities. What's in a name? It's the attitudes that matters. Having a professional and business like approach where you aim to make a profit you can plough back into the organisation.

So ACEVO's latest Special Interest Group, the Social Enterprise SIG , met in ACEVO's offices this week, led by two of our dynamic members; Kate Welch, CEO of Acumen who is Chair and Allison Ogden-Newton who is Vice-Chair.

Kate shared with the group her organisation's latest new concept 'Reap and Sow', a horticultural enterprise run by prisoners, and currently being piloted in the North East.


So the weekend draws near. I'm intending spending it with friends on the beach down at Mandurah , and a visit to a great little boutique winery, the Peel Estate. Named after Thomas Peel ( 2nd cousin of the great Robert Peel ) who was one of the founders of the Swan Colony back in the 1820s and who owned massive estates here though he died poor having failed to tame the wild countryside. I went to his grave this morning at the 150 year old church- and believe me- that's old here! 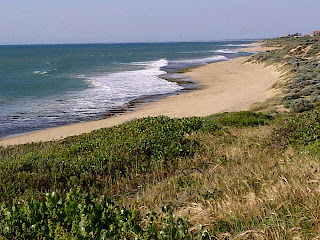 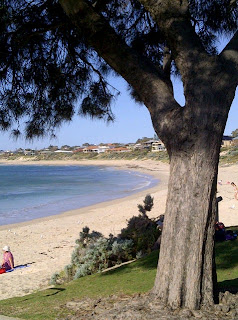 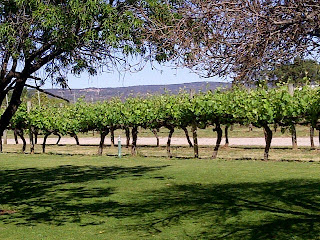 Winery in the Swan Valley