Well, that was a weekend!

Where charity and love are to be found, God is there.

One of the many highlights of Friday was the anthem composed by Paul Melor, celebrating the role of " charity". Sometimes the Latin " caritas" is translated in modern editions of the Bible as love. But the combined scholars working on the 1611 translation of the Bible ( my parents have given me a 400th anniversary copy of the original ) decided charity was the correct translation as it demonstrated that love has to have an expression in actions taken to demonstrate it. This was a time when charity was enjoying a renaissance following the 1601 Statute of Elizabeth defining charitable uses.

And the anthem was rather better than that old fogeyish Crown Imperial and the somewhat sugary Rutter. 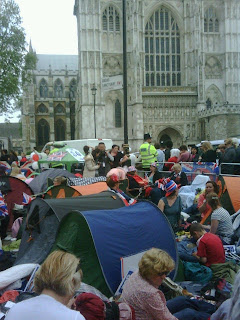 My sister Lucy had a prime spot outside the Abbey and even saw Ed Milliband MP in his finery- a sight that the BBC strangely denied us!

We all rounded off the day at a street party in Orchard Rise , Richmond where my brother lives. As it's not far from the house of my Vice Chair Allison Ogden-Newton we grabbed her from her barbeque and with her fantastic family took them along! 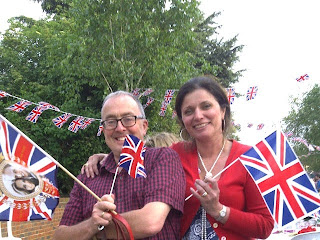 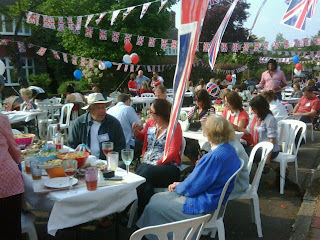 Now in terms of good governance it's important not to show favouritism between the Vice Chair and the Chair so come Sunday my partner and I were off to deepest Harrow for lunch chez Lesley -Anne. And she had even rounded up a Peer of the realm to join us ( Lord Low of Dalston and his wife ! ).

We arrived with Hound who caused mayhem. First he got into a fight with lesley-Anne's dog Croxley and when bored with that shot upstairs in hot pursuit of a cat! Good job I haven't got an appraisal too soon. 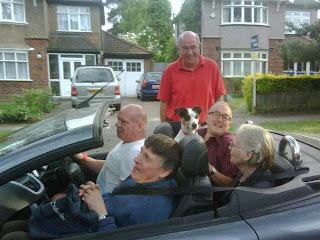 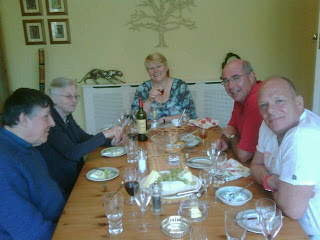 Monday saw the reopening of my local windmill in Brixton. A notable occasion so I had my sister Lucy and friends John and Allison over.

Brixton Windmill, built in 1816, reopened to the public after receiving a restoration grant from the Heritage Lottery Fund. An afternoon of fun with an irish and a steel band. Our local MP Chuka did the cutting of the red ribbon. And the whole occasion was blessed by ACEVO with both my Vice chair Allison ( a former Brixton resident ) and my Director of Strategy Seb and his fiancee Lucy Stephens. 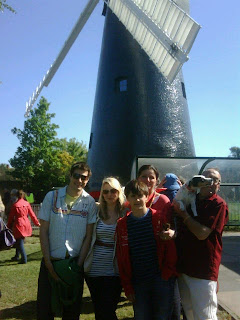 And a whole weekend not thinking about health service reform !