Well I'm girding my loins, packing my bags and leaving Taunton and The Charity Commission. But not before the indomitable Joyce Watkins has tracked down another Bubb Charity! See her here in the Library. 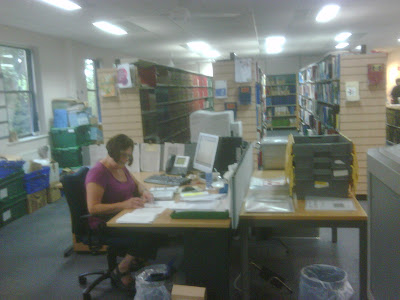 A certain John Bubb set up two charities in Bradford on Avon in his will of 1846. The first was a substantial sum to repair the Bradford Free school. It had been established in the old Saxon church there but had fallen into disrepair so John left them £50 (subject to match funding - John was clearly a modern sort of guy) for repairs and then a massive, for those days, £300 to be invested to yield an annual income for the school to pay for the education of four poor boys.
His other charity was the John Bubb Coal Charity. He left a magnificent £1,000 for distribution of coal to the poor. But he was no revolutionary and it was only to be sold at half cost price so that only the "deserving poor "would be able to benefit!
Both these charities provided The Charity Commissioners with much trouble! In 1899 there was a formal inquiry by the Commission into the School. The Report of findings indicate a robust Commission! They determined that,
"Whereas the school was established early in the 18th century as a Charity school, which at that time was well understood to mean a place of education for the poor, it was now conducted as a school for the benefit of a class distinguishable from the mass of the poor, who on social or other grounds preferred it to the public elementary schools ".
The Commission therefore proposed that the "school should be closed, the buildings sold and the income used for scholarships for the poor!"
What a radical lot those Commissioners of 1900 were! Remember this was in the days before the "public benefit" test. Or rather they were simply applying the well established and understood notion of charity as primarily intended for the benefit of the poor rather than for the rich.
I commend this decision of their predecessors to our current Commission and look forward to the letter to the Trustees of Eton College pointing out that "whereas your school was established as a charity school for the poor it is now conducted as a school for the benefit of a class distinguishable from the mass of the poor" !
In 1442 King Henry VI founded Eton College. His benefaction stated,
"No one having a yearly income of more than five Marks, shall be eligible". The founding statute provided for 70 poor scholars and 13 "poor infirm men". The current operation of Eton would therefore appear to be a clear breach of trust.

We Offer Loan At A Very Low Rate Of 3%. If Interested, Kindly Contact Us via email now (urgentloan22@gmail.com)

Thanks for your great informational post.
Renovations in Clapham