First up today , Jennie McShannon who is the CEO of the Federation of Irish Societies , or FIS as it is popularly known! A dynamic and ambitious CEO and , as I told her , a very typical ACEVO member. Focusing on possibilities and outcomes and whinge free. She is looking at the potential of consortia working so was interested in the consortia toolkit ACEVO has produced to guide such developments. And I waited till the end to tell her I was Anglo Irish!

Then straight across the road for lunch at the British Museum with David McCullough the recent (well 6 month) CEO of WRVS. He came via Oxfam and the private sector and again had a no nonsense practical approach to the challenges we face. And just to cap it all I spied Head Hunter in chief David Fielding who was lunching with the CEO of HFT , also an ACEVO member but a former director at WRVS! As you can imagine the HMT gaff on taxing giving was a keen topic of conversation.

John Low of CAF , me ,Stuart and a number of others have written to George Osborne to demand a rethink. We are going to have to play hardball on this. They basically have until May 8 th to put this right or the Giving Summit will descend to farce.

So the meeting of the Social Investment Business Board was a comparative sea of calm. A major strategic discussion on new Funds and approaches and , in particular the new European approach which may , or may not depending on the bureaucracy , turn out to be a chance for new social finance funds in the UK. Imbue in Brussels to explore.

Then to cap it all, I was off to the St Andrew's Star Centre in Fulham to the opening of the Centre and the blessing of the renewed Church by the Archbishop of Canterbury. The SIB put a loan of £1m into the new centre which forms a hub for activity and organisations , as well as a new nursery, in the local community. 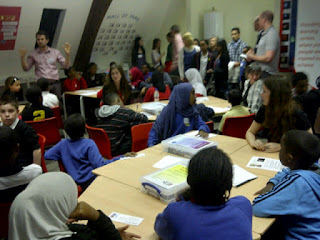 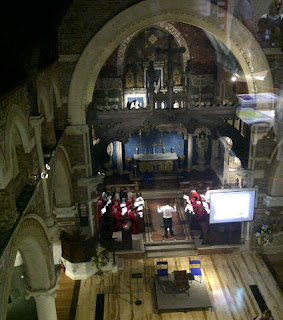 It was good to see His Grace , and looking so relaxed now he has announced his retirement and removal to Magdalene , Cambridge. Rowan is an old Charlbury resident and former Canon at my old College. He is a remarkable scholar and preacher and much underestimated as a great Archbishop. As I said to him he has perhaps now had the sort of recognition on his retirement that he should have had during his reign. But as he amusingly retorted, " ah yes , but people always speak well of the dead". 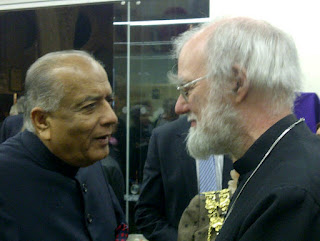 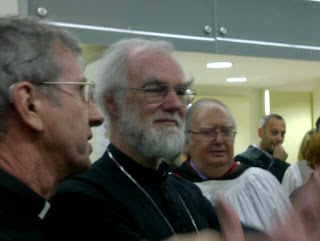