Start the week reviewing charity law. As you do. I had a meeting with Lord Hodgson who has been tasked with reviewing the operation of the'06 Act, including role of Charity Commission. An interesting discussion which I'm going to follow up with a meeting for Lord H and some of my Chief executive members. NCVO will take the lead on all this, but my members do have views on the role of the Charity Commission, usually along the lines of how about letting us sort our own governance out, and if we want to pay trustees or have a unitary board why cause us so much wretched hassle and expensive grief!

Then it was hot foot to Sky News to do a live interview on the Health Bill which looks like getting finished tomorrow. I did my usual pitch on using charities to deliver more. The hospice example always goes down well , though I have used it so often I need to find another, so my sister tells me later (though it illustrates the role charities play just so well!).

Lunch was a welcome break; with Brendan McCarthy, one of ACEVO's new members, the CEO of Greenwich Foundation , which encompasses the old Royal Naval College. So he has oversight of one of the worlds great treasures; the Wren buildings at Greenwich are one of the most magnificent sights London has to offer and will become so much better known as the equestrian events of the Olympics take place here!

It is always good to see new members and also to remember the vast and interesting diversity of acevo's membership. We have a special interest group for our arts and heritage members. Brendan wants to join them. 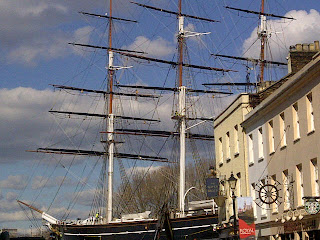 The Cutty Sark at Greenwich- due to reopen after the fire on April 25th. 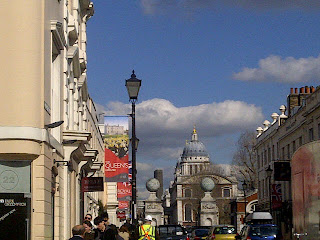 
And as a sharp contrast (no photos) I took the train to Watford Junction. I was speaking to RNIB's top team on their strategic awayday about the state of the sector and our future. My view is that long term that is bright. Might not always seem that way but we will overcome financial challenges, continue to speak for the excluded and marginalised and deliver citizen focused public services. In 20 years time, from my rather pleasant old people's home , glass in hand, I shall be saying " I told you so " !

The law of fascination movie provides the understanding of how the exercise of this law performs in our day to day lifestyle.

Amazing Article,Really useful information to all So, I hope you will share more information to be check and share here. Personal injury attorney greensburg