An interesting weekend; and not just because I was in Barnsley! Someone had leaked ACEVO's analysis of applications to the Transition Fund, which we undertook a year ago for the Cabinet Office. It showed the extent of the cuts and that the biggest cuts were taking place in the most deprived areas. Probably the most accurate analysis of the effect of cuts undertaken. As we had signed a confidentiality clause and the Cabinet Office decided not to publish we were in a difficult position. So I decided not to do press on it and unusually turned down requests!

But I'm glad the Cabinet Office have now decided to publish this. We should all know the extent of cuts and what is happening on the ground. But my recent visits around the country show a varied picture. Some are managing OK. Some growing as they do more work.

But we must keep up the pressure on Government and on local councils. ACEVO will do that.

It was bad news to hear that Steve Hilton is going on a sabbatical. I have got to know Steve and he is a force for good. Backing radical reform in our public services and with a clear understanding of the role that the third sector can play. I have enjoyed my discussions with him. He knows that reforms of public services to give more choice is about empowering citizens and communities. I emailed him to wish him well. I shall keep in touch.

This week will be busy. I'm speaking to Peers and MPs tomorrow breakfast on the Health bill as it reaches the competition clauses. It's time for rational thinking on the role our sector can play.
And finally a pleasant photo from Barnsley. Cannon Hall. Its not all grime and doom in the North! 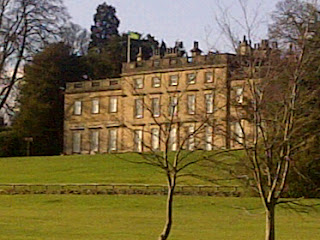