An early morning start but a great breakfast at Roast in Borough Market. This is a brilliant spot in south London, nestling around Southwark Cathedral and selling the absolutely best in food and wines, and much else besides! And it is a social enterprise so the profits are going back into the local community in Lambeth and Southwark.

I was meeting with Carlos Miranda, who runs a very exciting fundraising consultancy, IG Advisors as well as a social media company that provides strategic advice to the sector on how to maximise your social media profile. I told him, ruefully, I'd quite like to manage mine!

It was a struggle to get past the stalls groaning with organic produce and artisan cheeses to get to work, I can tell you. But a really rewarding meeting with Fiona Ritchie from Turning Point and colleagues from the “Ideas Collective" to discuss our “Winterbourne challenge". A  good, challenging  and helpful session. Rushing from that to a meeting with our corporate partners Endsleigh and Zurich to talk about how we can best offer advice to members on risk in an increasingly litigious climate; not all charities are alive to their exposure as they increase the level of service delivery. We did this over lunch which made the discussion agreeable as well as rewarding. And some exciting ideas on leadership development in our third sector...

I don't know about you but this weather has got me out of the habit of wearing a suit. It’s strange how us English (not that I am) will wear a dark suit in sweltering weather. I avoid roasting but turning up to my meeting with our insurance colleagues who were well suited and booted made me feel somewhat under dressed. But as I get older I get more blasé about this sort of thing. Travelling on the London tube in this heat and in a suit is just too disgusting...

Posted by Sir Stephen Bubb at 14:43 No comments:

I'm up in Cambridge this afternoon with my colleagues from ACEVO, working with the third sector in Cambridgeshire and Peterborough to develop a consortium to provide a joined up service on the elderly and people with long term conditions (LTC). We will be working with the health service here. Its exciting work and an example of our sector joining up - not just locally but with specialist national charities in LTC.

We had our first meeting of the steering group on the Winterbourne pledge on Monday. A good session but we are still forming and working out our remit. We agreed we need to make our documents public so we will be putting up the membership, terms of reference and minutes on the NHS England website soon.

We're trying to co-commission a national framework locally delivered that can help ensure better outcomes for people with learning disabilities. And that means moving from an institutional approach to community; from officials to users.

And as I said in my last blog, it is good to have Gavin Harding on our group (he is the co-chair of the new Department of Health assurance group). We discussed how best to ensure effective involvement of people with learning disabilities. Given that we must deliver our report in October it's crucial to have these conversations now.

I was talking to the local government group on learning disabilities "Finding Common Purpose" this morning on all this. Councils are key partners here, especially in commissioning. There is a new opportunity here with the NHS England steering group. And the stories told in the comments on my Blog on Monday put these matters in context; they’re about people in their communities who need a better deal.

A few shots from the recent Bubb clan gathering in Hope Cove, Devon. The hound and I, with 4 nephews and nieces, brother and 2 sisters and aged parents. And various appendages.

The new Civil Society Minister also spends time in this beautiful part of South Devon. And worth noting the photos show the wonderful coastline that belongs to the National Trust. Thank goodness, or the grasping developers and useless local Councillors might put houses there! 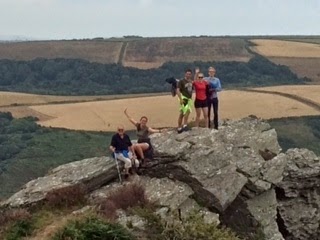 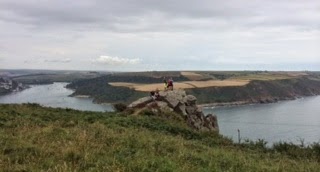 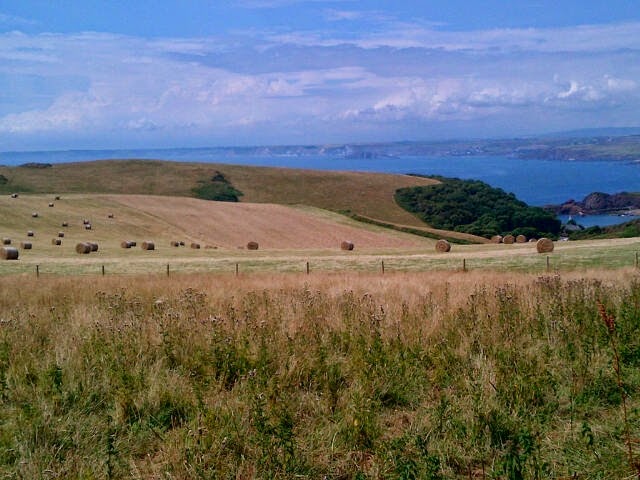 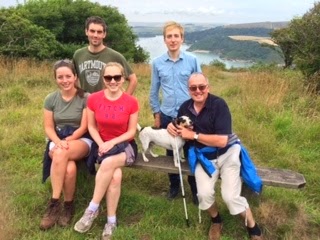 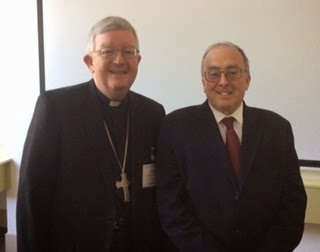