Civil Society in the Commonwealth? 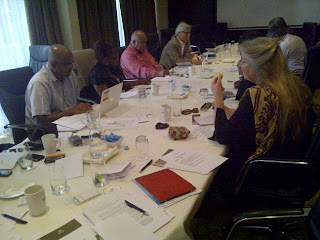 Met as a civil society committee yesterday in the evening and again this morning to talk about our role in the whole CHOGM and Commonwealth forum process. The official Opening ceremony for the Commonwealth People's Forum takes place tomorrow, opened by Julia Gillard, the much embattled Australian PM.

The big row here is over the Report of the so called " Eminent Persons Group" and the fact it has been kept secret ( see previous Blog from last week ). I have made a fuss about the fact that the civil society committee has not been given a copy even though it refers to the rose of civil society and we have finally got a copy ( unofficially if you know what I mean! ). Interesting bedtime reading!

Although there is a lot of good stuff and strong recommendations on human rights and the need for the Commonwealth to be firmer on Governments who abuse people's rights ( having a Commissioner for HR for example ) but the section on civil society is pathetic. We are going to draw up a response ourselves.

I have always thought the Commonwealth could play a much bigger role in supporting and developing the infrastructure for civil society organisations. The lesson of all ACEVO's work is that if you develop the leaders of civil society you support the development of healthy and thriving democracy.

It is clear that the Commonwealth is becoming much less relevant and yet it could have a role in promoting civil society as a counterweight to oppressive regimes and to support organisations supporting oppressed minorities in countries like Sri Lanka ( and their treatment of the Tamils) or the many Commonwealth countries with oppressive laws on homosexuality ( for example, what is happening in Uganda is a disgrace! ). I remember at the last CHOGM there was a lot of mealy mouthed nonsense about what was happening in Uganda on the proposed new laws which meant a death sentence for acts of sodomy.

If the Commonwealth has a point it should have been condemning Uganda and telling their Government not to go ahead. But that did not happen. So a Commonwealth HR Commissioner could be a strong way forward. But it's no surprise that some governments will oppose that! Amazingly 41 of the 54 commonwealth countries criminalise homosexuality. Time for change surely!

Meanwhile the Queen is going down a storm over here! An incredible example of duty and public service. Hope I'm still going strong at 85; though not perhaps as CEO of ACEVO ( retirement at 75 I think? ). 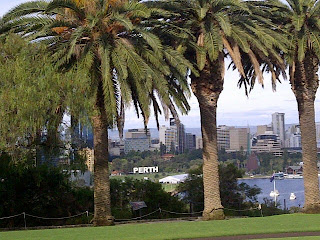