Time for Change - The Challenge Ahead

Yesterday marked the my report The Challenge Ahead. This is the final installment in my Time for Change campaign, which set out to improve the quality of care and support given to individuals with learning disabilities and/or autism.

First, I would like to thank all involved with this campaign over the last year. With the help of this diverse crowd – which has included everyone from providers to those affected by learning disabilities and/or autism – we have managed to get a real commitment from NHS England to close inappropriate care settings.

But this is not job done. There are still real challenges facing this programme. And it is to these that today’s report speaks.

First, I have called for a Learning Disabilities Commissioner. They would be empowered and obliged to act on behalf of those individuals with learning disabilities and/or autism. This is crucial to ensuring that the promises made last Autumn are kept, and that these people get the support they deserve.

I also call for the Transforming Care programme to be independently evaluated. Without rigorous external examination of the process, there is a risk that we reach 2019 only to find that yet more promises have been broken. We cannot allow this to happen.

This, and the other recommendations I have made, has come from a consultation with individuals affected by learning disabilities and/or autism. By listening to the voices of those most affected, it is possible to ensure that reforms are made with their best interests at heart.

And I was encouraged by what I heard at the launch of this report. Both Alistair Burt MP, the Minister for Social Care, and Luciana Berger MP, the Shadow Minister for Mental Health, supported the need to provide high quality care for people with learning disabilities and/or autism. But this is not just about politicians. We heard from Phill Wills, father of Josh Wills, and two family members of people who were in Winterbourne View. These compelling testimonies reminded us of why this campaign matters – to improve the lives of the people affected.

Finally, I will echo what Baroness Hollins said yesterday – This is just a report. What needs to come next is action. 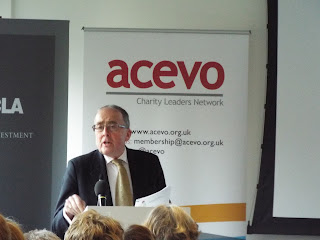 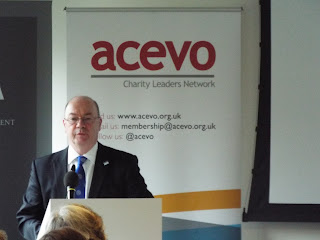 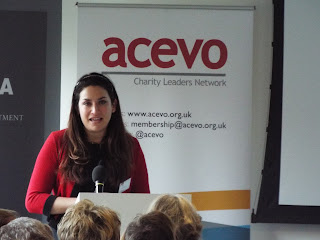 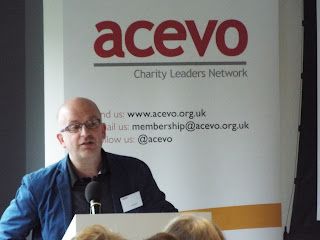 Phill Wills, Father of Josh Wills and Campaigner
For more information on this report, see here.
Posted by Sir Stephen Bubb at 15:52

Would be good to liaise with Gavin Harding and other strong voices to discuss recruitment and inclusivity processes for the commissioner role. If the role can be led by an expert by experience supported by a team providing key data in an accessible format the voice and decision making will be credible and compelling.

it is very informatic blog,

One of the biggest challenges that organizations face today is having inaccurate data and being unresponsive to the needs of the Email Appending Services organization.

Your Business Can Succeed With Email Marketing?

Its a nice blog.
This blog provides an array of content on how to reach the germany users such as key decision makers. The information is structured and organized in order to understand a positive approach to target audience.

yeah great to read and nice to get to know still email marketing is the right way to reach.

Very Nice post. I liked the way you explained it clearly like I saw in Automation Associates LLC. Thanks for sharing.

Very Nice Post. Awesome to read this article. Thanks for sharing. You can also publish this excellent post on other platforms such as, Wordpress, my favourite Blogspot site followed by Tumblr, also in Livejournal and lastly in the Medium site.

Beautiful post I've come across today. Informative. Thanks for sharing this most excellent information. You can share this information on other platforms such as, Wordpress the most useful Blogspot site followed by the famous Tumblr and also in Medium lastly in the Live Journal site.

Hello, I like your post, and I am glad that you shared this useful info with us. This blog is very helpful. You can also share this Information on many other sites like Free Samples 411, a clean business site like OS Business Opportunities swiftly followed by Jfissures and Asaimjapan Site and also the Johny Adams site.


Very nice posting. Your article us quite informative. Thanks for the same. Our service also helps you to market your products with various marketing strategies, right from emails to social media. Whether you seek to increase ROI or drive higher efficiencies at lower costs, Pegasi Media Group is your committed partner will provide b2bleads.

An amazing testimony on how i conceive and also get  cure from my  fibroid permanently with his natural herbs , i wonder why people still don't believe that roots and herbs are very essential and fruitful in different aspect, especially when you can't conceive and bear children. I am a living witness because I tried all I could to be pregnant but all to no avail, on this faithful day, i decided to check the net for updates on healthy living and i came across testimonies of lot of women who Dr Onokun has helped with his native herbs to conceive. i decided to put a try because this has been my greatest problem in life so I emailed Dr Onokun, and he told me what to do which i did, after which he sent me some roots and herbs syrup and gave me step by step guild lines on how and when to have sex with my man. I missed my menstrual flow within a short period of taking it, and the doctor confirmed that I am pregnant. I am very glad to tell the world that I just put to bed a bouncing baby boy last week. Contact Dr Onokun for your own testimony on: Dronokunherbalcure@gmail.com Or WhatsApp: +2349064844957

I was diagnosed of herpes virus, I have tried all possible means to get cure but all my effort proved abortive, until a friend of mine introduced me to a herbal doctor called Dr Agaba, who prepare herbal medicine to cure all kind of diseases including herpes virus (Herpes), when i contacted this herbal doctor via email, he sent me herpes virus herbal medicine via courier service, when i received the herbal medicine he gave me step by step instructions on how to apply it, when i applied it as instructed i was totally cured from the virus within 3 weeks of usage. Contact this great herbal doctor today to get your cure.
Via Email: Dragabasolutionhome@gmail.com or WhatApp: +2349074536486