Yes; we are brilliant. And abused !


Manchester. Snow gone and its relatively warm up north! A great meeting with members as part of our ACEVO silver jubilee and then the launch of our youth unemployment commission report.

Sometimes it's good to be reminded just how brilliant and dynamic our sector can be! I had a visit and meeting today with the Director of of 42nd St, a youth project in manchester led by the excellent Vera Martins. I like Vera; she is a star.

And of course it was good to see them following our Commission's report ( shame much coverage was swallowed up in the soap opera of fratricidal rivalry - why do we have a media more obsessed with ephemera than the tragedy unfolding on youth? )

42nd St have been here 30years. Originally the vision of a youth worker and local councillor set the project up to work with young people( 13-25 ) with stress , isolation and mental illness by working in schools and one to one with youth.

Their approach is that the young people should be in control. They specialise in services for the hardest to reach- so kids not going to youth clubs for example, homeless or stuck in youth hostels or what we used topcall " In care".

Because they believe in voice of young person they have 3 kids on their board of 11.

And what was so cool is that they deigned their own building. And it is an architectural gem- a moving wall and interview rooms accessed through wardrobes ( see below).

I'm there primarily as the SIB Chair. I like to visit organisations we have made loans to ( I visit Fairfields, a composting social enterprise in Manchester market in the morning). SIB have made a large investment in 42nd St to enable them to build this 1m silver building. They see that the built design can be part of the therapeutic process. And it is!

We talked about the Commission's approach. Vera was concerned that everyone wants a " quick fix" . But these are very damaged or isolated people . 40% are self referrals. They are offered different options from structured support one to one or say a depression group or less structure like a drop in group. There are currently 900 kids engaged.

They have a turnover of some 1m pa with 30 staff- mostly full time.

60% of their revenue comes from contracts. Rest from charity , foundations etc. There is not much trading income but they are working on that!

A major issue for kids is revolving door. She says place- continuity hugely important. Stability crucial. So a place important- as in their new building. And staff.

She says there is a real problem on FCR. They had made real progress on this but it is going backwards as funders cut grants and contracts. The BBC children in need for example have such a policy ; say they only funding direct project costs! 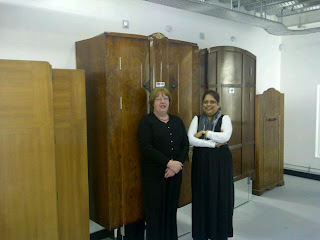 Vera also comments that councils or the NHS will often criticise salaries in our sector . I won't tell you what Vera gets paid but it is not generous and much less than many workers in the public sector ( and no big pension either ) 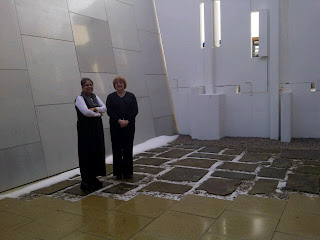 They get described as being an " expensive service"because obviously they work with vulnerable and highly damaged people. You need professional staff for that. A typical public sector stereotype. We work in the voluntary sector. Why should we get paid as well!

Often a major barrier to more sector delivery is the stereotypes about the our sector. No understanding of fact that we need highly professional staff to deal very damaged kids- crime- mental health- addiction.

She quotes a public sector service for youth that has been developed and which costs £ 300k for 5 people ! Yet again double standards by the public sector professionals who would not dream of working for the salaries paid in our sector but are happy to lecture us on ours!