There is something deeply worrying about the situation in Greece. Is the EU moving in a profoundly undemocratic direction. We should all feel uncomfortable at a democratically elected government being ordered around by undemocratic institutions to protect a currency! There was even a debate on Today with someone suggesting that the government may need to be removed. We have already seen one country ditch its elected government in favour of "technocrats" , whatever they are. Just because they had a clown as a PM there has been less fuss but the point is the same.

Whilst we rightly argue about the bonus culture in the city , the bigger problem is the way in which the EU is moving to put the protection of the single currency above the rights of the people of Greece.

There has been much criticism of Cameron and his stance on women in the boardroom following his Scandinavian visit. I don't share it. It was a welcome intervention. It drew attention to the progress made in Norway since the introduction of quotas.

" There is clear evidence that putting an end to Britain's male dominated business culture would improve performance" he said. He has said an option of a 30% quota may be an option if companies fail to increase representation.

The UK performs badly compared to other countries in the EU. The proportion of women in FTSE 100 is only 15%. One in ten of Britain's biggest companies have an all male board!

In Norway , where they introduced a 40% quota the proportion is now 42%.

Companies could do worse than looking at our sector where a wealth of talent of top national charity CEOs awaits; my starter list for ten are;

So head hunters. Get cracking! Happy to put you in touch.

But let's face it, we have seen how resistant finance and top businesses are to reform of top pay and bonuses, do we seriously think they will voluntarily increase diversity in the boardroom. It's time to be bold. Even if we were to adopt a voluntary quota scheme; with naming and shaming the backward lads that would be an improvement. The good progressive companies would set a trend.

And finally , sad news from Charlbury. Our beautiful Parish church of St Mary's had a fire yesterday. Fortunately only in part of one of the side aisles but of course all the heating and electrics are damaged so no services for a while. Perhaps someone in sympathy with the poor old Greeks!

Finally 2 lovely pictures from the snow: 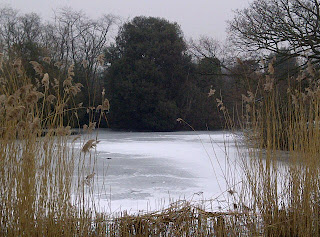 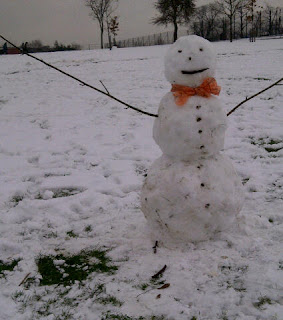 When Lloyd George visited Blenheim Palace to stay with the Churchills, he asked where was the local nonconformist chapel and was pointed towards an open field. Perhaps you - in gumboots - could lead the flock of Charlbury into a suitable paddock. It might not make you popular, but it would shorten any sermons.

On the EU I share your concerns but in a sense it is a struggle to create a united Europe not dissimilar to that Lincoln faced against secession. If one nation pulls out of the Euro - or is pushed - then others may follow, and all that is left is a customs union (the EU) with an agricultural policy attached. An irony is that with the Greek vote through, there may now follow some EU-led poverty relief programmes as the severity of the austerity seems likely to lead to poverty on a scale not seen since the 1930s in a nation already far from wealthy outside Athens. Peasant destitution can only lead to desertion from the countryside and massive urban unemployment is a sure route to political extremism. Very much a case of those who forget history being forced to repeat it. At present the only foreseeable change for Britain will be more Greek waiters instead of Polish ones. But chaos across Europe will ripple into a tsunami.

Boardrooms that remain all male dig their own graves. Though in theory female directors should be the equal to male directors, in practice there are aspects to female perspectives that make them possibly - I hate to generalise - more far-seeing and less likely to go for the quick buck or the issue currently in vogue, and less taken in by management-speak or -BS. In short I think women are the very opposite of their stereotype.