That's the rather strong aromatic cypriot coffee ( not unlike turkish coffee but I mustn't say that here ). Taking a cup whilst sitting by the sea just under the cliffs where the ancient Greek amphitheatre still lies. And an excellent freshly caught sea bream seemed like the perfect lunch. It is sunny here today- though it has been cold. What a contrast to much of Europe and the UK.

But there are others who need to wake up and smell the coffee. Ed Miliband is right to warn business today of the dangers of failing to get the message on top pay.

The lack of leadership from the umbrella bodies representing top business and banking has been lamentable. Angela knight of the British Bankers Association, , as always ready to defend the indefensible , trumpets that Hester's bonus is essential as it is just " the going rate". Exactly Angela, that is why we need legislation so that the going rate can be brought in line with what is decent and proper for rewards for performance at the top. Of course good performance should be rewarded but bonuses have long since done that.

And the President of the CBI was way off the mark when he writes about not attacking bonuses because that might put off people applying for jobs at the top. The chorus of top business people lamenting Fred's knighthood stripping was pathetic.

It is a shame there is little leadership at the top of business warning their colleagues of the dangers of their business practises becoming so publicly unacceptable. I commend Simon Walker , CEO of the IoD who warned in his Christmas message to members that top pay must be proportionate and seen to be within what the public see as appropriate and geared to performance.

The demands for a more responsible business need to be heard by those in the CBI and others in leadership positions. It is not anti business to want moral capitalism.

And finally let me leave you with some images from my trip today with Cyprus's leading social enterprise advocate George Isaias. 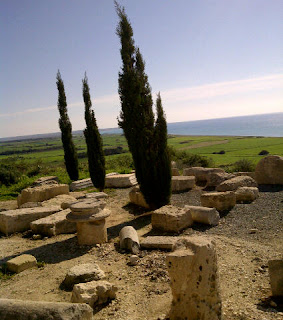 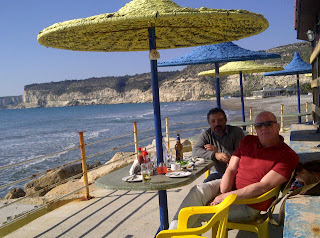 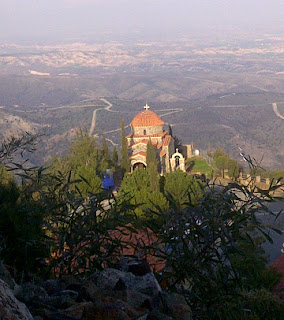 Perhaps those executives in banking or any other industry who want big bucks remuneration should consider buying shares - and not by way of cut-price share options - in their company so they enjoy whatever the other shareholders enjoy and the risks too.

This would also focus their minds on company paying out its working capital as dividends rather than retaining it and reinvesting in the future.

Great piece of work. Is it possible that CEO's bonuses could be ploughed back to help youth projects that are struggling ? It would make good business sense of this could be put in to consideration.

It would be nice to wake up in the morning and smell the aroma of the coffee. I agree with George, I think it's better to share it with the youth, especially for the benefit of their education.