I can't say its a great hardship being away from the rains and cold and shan't irritate you with telling you how hot it is, or describing the fun and vibrant place that the Port of Spain is! Mind you there are plenty of umbrellas here - but not for protection from the rain!
Last night saw the opening of " the People's Space" on the Queen's Savannah - the large and glorious expanse that occupies the centre of the capital. Anyone who's a fan of the Notting Hill Carnival will imagine the sound of the steel bands as they played in the very home of the steel band. I was lucky enough to come here 30 years ago for Carnival and it is great to be back. But enough, before you start to think I'm enjoying myself!
Arrived at the weekend for various Committee meetings but the great thing about the Commonwealth is that alone amongst all the international bodies this one does not have to trouble itself with translators. We all speak the mother tongue - that will no doubt annoy Sarkozy who is turning up for CHOGM, though goodness knows why. Cheeky really when France still has Colonies in the Caribbean who are not independent yet! And the President of Brazil, UN Secretary General and PM of Denmark will join the Party. Speaking English naturally.
The Commonwealth Foundation (their great CEO, Mark Collins, is an ACEVO member) plays a big role in developing and supporting NGOs and civil society as well as working with member Governments to promote civil society. That is not without its tensions. There will be debate here on the role of Sri Lanka in repressing Tamil civil society and in the abuse of human rights by many Commonwealth Governments who have repressive anti-homosexual laws. Indeed there may be a bust up with Uganda, which is proposing new laws which involve the death penalty and even jail sentneces for those men found touching other men in "a gay way". Imagine such a law in the UK. The gaols would be full to bursting! I and others hope to ensure this matter is brought up strongly at the meeting we have with Foreign Ministers.
Worth also mentioning the work of the Royal Commonwealth Society (The Director is Dr Dhananjayan - Danny- Sriskandarajah, who is an ACEVO member). They have a superb building in Whitehall with good restaurant which you can use if you are a member of the Society, as I am. Members of ACEVO can join at a reduced annual membership fee of £130 (usually £230 - £280) and the The Royal Commonwealth Society will waive the joining fee of £200.
And however quaint people might think The Commonwealth is, let's reflect on the absurdity of the EU. All that fuss about the Treaty of Lisbon and we end up with Rumpy and Ashton. International mega stars not. Names to conjure with hardly. The EU has done itself huge damage by completely ignoring the need for popular mandates and doing an old fashioned stick up. Cathy Ashton is a fine individual. But she has never been elected to any position at all.
Still I guess for those of us who look to Quango Chair roles perhaps a brighter future beckons? After all I have great knowledge of both European and international affairs ........
But unless Europe gets to understand it is more than just the institutions and the bureaucracy it will never win people's support. One of the basic themes of Euclid's work is to carve out a stronger role for the third sector. The EU could learn from the Commonwealth - they should have a strong civil society presence in decision making. They should have a "People's Forum". They should aim to win support, not through bureaucracy and institutions, but through expanding and growing Europe's civil society and third sector.
If we were stronger as a third sector in Europe we might be able to put a stop to the obscenity in a continent that is supposed to value democracy of an old fashioned smoke filled room deal done by a bunch of politicians and bureaucrats. We should not personalise this by attacking Belgians or Baronesses, but the reality is that these individuals have no mandate to speak on anyone's behalf and yet they now occupy key international roles.
But back to CHOGM - the morning started early as I went to the Anglican Cathedral of the Holy Trinity for the 8.00 am Mass. The Church was founded in 1823 in the glory days of the expansion of the Anglican church throughout the Colonies. And Anglicans are still a strong force here, and throughout the Commonwealth. 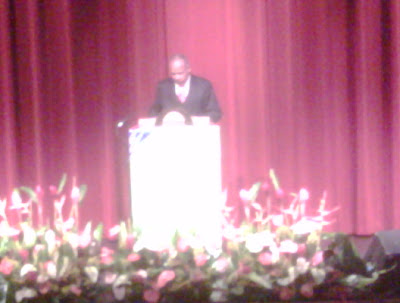 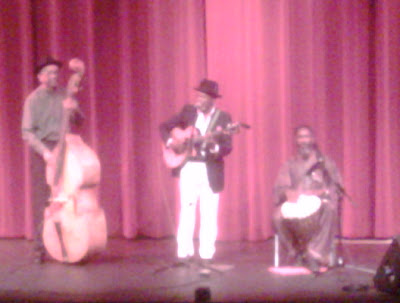 But now it's the reception so blogging over and that enticing rum punch is craving my attention.........

Thanks for the blog!

RCS director Danny Sriskandarajah will also be blogging from the CHOGM.

You can read his thoughts on the Commonwealth Conversation website: