Singing our way through!

A rather poignant story in Third Sector magazine. The Charity Environmental Protection UK went under last week as local councils pulled their funding. It has a fabulous history. Started in 1898 as the Coal Smoke Abatement Society it campaigned against air pollution. It was largely responsible for the clean air legislation. Its Treasurer coined the very phrase smog ( smoke plus fog! )

This demonstrates the long and honourable history of our great sector and its proud history of campaigning and advocacy. I suspect that in its day there were plenty of backwoodsmen MPs frothing at the mouth about this charity- much as today we get MPs on the backbenches ( and even in the Public Administration Committee ) fulminating about campaigning charities. The " charities should be seen but not heard" view has also a long and dishonourable history. But whenever there is injustice or wrong , there will be people and communities who will campaign to put it right. So we salute them. And regret that now we are in a recession there will be more casualties to come.

Last night I was singing carols! My younger sister Lucy has a superb singing voice ( just what you need if you are auditing health accounts for Deloitte! ). She is a long standing member of the Royal Choral Society - the country's greatest voluntary choral society. Last night was their annual Carol service at the Royal Albert Hall, so the Bubb clan took a box to cheer on sis. Fabulous carols. And I was in fine voice myself. As many know ( or perhaps not! ) I was the head chorister at my local Parish church in Kent. Very angelic I was too. 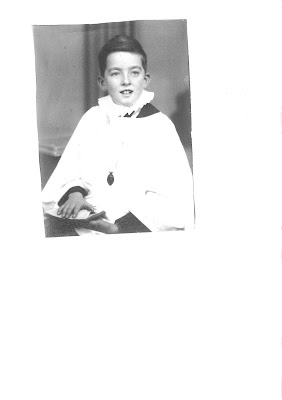 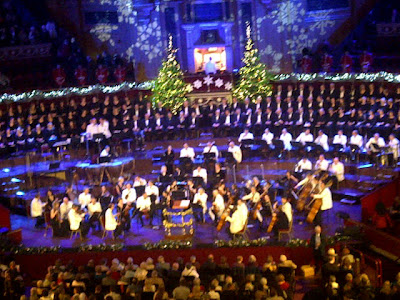