A trip to ncvo on Tuesday- but this time not to check how the plumbing is going but to speak at one of my members meetings. Anita Kerwin-Nye is the Director of the Communications Trust which raise awareness of the importance of speech, language and communication across the children’s workforce and enable practitioners to access the best training and expertise to support all children’s communication needs.

Here is Anita with Brian Lamb at the meeting: 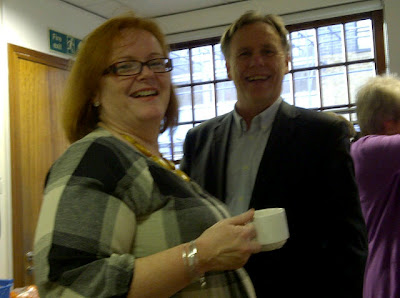 I was speaking about public services and we had a lively debate. But I think this debate has moved on in the sector and there is broad support for us doing more service delivery. There were understandable concerns about the role of the private sector but my view is that although there are worries about the Work Programme there is strong scope for partnerships and alliances with commercial companies. But the key is getting the terms of the partnership right.

And it was great that Anita was keen to encourage other CEOs to be in ACEVO! Here here.

Lunch yesterday with ACEVO member Javed Kahn, the impressive CEO of Victim Support. We lunched third sector; in the British Museum restaurant( much to be recommended)! Victim Support is a large national charity, professional staff working with some 6500 volunteers. He made the rather telling point that volunteering costs them. They need support, training and management. He said "volunteers can be quite demanding!"

They spend £1m on their training because it is so essential to how volunteers can provide that support for people dealing sometimes with the most traumatised.
He is also building alliances among the victim support networks. I didn't know this but there are 558 charities here. He has built a partnership of most of the 40 charities working in the area of manslaughter. This is a very sensible approach and shows the power of large national charities to drive change.

Which leads me neatly to the Report launched today by the Public Administration Select Committee which has been looking at " Big Society".

A good report, which particularly looks at the important role we can play delivering public services. It makes a range of sensible proposals, such as extending the VAT exemption that the public sector enjoys in delivery to our sector. This creates a much closer level playing field in tendering for us. I argues this strongly with Justine Greening MP when she was at the HMT. I hope the Government will look closely at this.

It is a shame that Bernard Jenkin MP, who chairs the Committee chose to make gratuitously offensive remarks about large charities in his press release. He said,

" PASC has yet to see how the government will engage these charities and voluntary groups who wish to do so to deliver public services: the ‘little society’ rather than big business and ‘Tesco’ charities"

And worse, he repeated this charge at the ncvo- All Party Parliamentary group on the voluntary sector Christmas party at the Commons . He mentioned " tesco charities" twice! My Chair ( Lesley-Anne Alexander , the CEO of RNIB) was there. Her disapproval of his comments could be heard around the room. Rightly so. 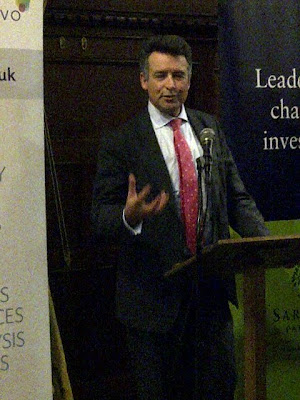 Bernard, please remember that bodies like the National Trust, RNID,Leonard Cheshire, RNLI , Guide Dogs, Barnados , Mencap , RSPCA , Unicef, Age UK , Oxfam, Marie Curie...I could go on...employ thousands of staff and have millions of volunteers and supporters. You insult them all by this slighting reference. We need the strength and power of national charities. They are able to speak up for citizens and communities without fear. They campaign and deliver services. They make Governments tremble. They kick arse when arse needs kicking( Fiona Reynolds you are a star! ). And they help and support the local sector and localities. They are national treasures. And so are the local community groups and small voluntary organisations we also represent . Our diversity is our strength. So never ever again do I expect this slur to be repeated Bernard.

And it was particularly galling for my Chair because I know that in the last few months RNIB have given financial support to 3 local blind charities who were facing going under. RNIB enabled them to survive. Not sure I know of Tesco funding the local shop? And RNIB's strength gives power to all blind people. Long may they continue.

Many national charities play a similar role. And as Martyn Lewis, the Chair of ncvo pointed out to Bernard, even the biggest charities are small fry compared with many in the private sector!

But to end on a positive note - the Commons do was also the launch of the 2020 Leadership commision looking at our sector's leadership. The Chair, Baroness Tanni Grey-Thompson spoke abouit the report which ACEVO has supported. 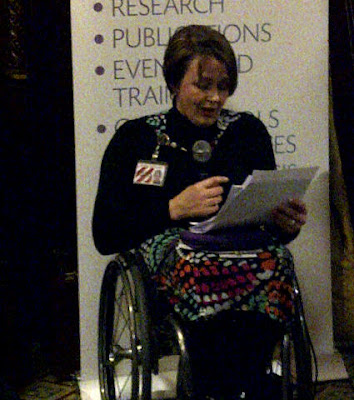 One of the recommendations is that more needs to be done in the sector to develop futre CEOs and we are working on this. Already ACEVO has an annual conference for " next generation" CEOs and we do some work to support our affiliate members who are aspiring CEOs. We must do more.

Now I must get ready for the staff Christmas party. A chance to show appreciation to team ACEVO. Highly talented staff who are dedicated to promoting the CEO leadership role. They deserve a treat!