Rosamund's article this week in Third Sector was the cause of much amusement in the office, but I must admit nevertheless to being irked by the stereotyping. So certain she clearly is of her own charmingly romantic notions she totally overlooks the absurdity of her own position as a highly paid lawyer lecturing full-time voluntary-sector workers on the need to discover what it's like in the real world. And as it is blowing a gale up here in the Highlands I thought might give Rosamund some helpful advice as unusually , she had not worked her brief too well before putting pen to her third sector paper.

She suggests , "For example, Sir Stephen Bubb, chief executive of Acevo, promotes larger charities that provide services to the state.”


This is factually wrong. 47 percent of ACEVO’s members lead charities and community organisations with a turnover of less than £1m. We run regular CEO forums in the North which bring together a richly diverse representation of ACEVO's members who provide very local services. These are an incredibly important sounding board for deciding ACEVO's priorities and I consult them regularly. Only this week we brought these members together in Leeds at one of their offices to do just this.
We may well be much louder about the work we do in campaigning for the role of our members in Public Service Delivery but this does not mean by any means that we are here to support only those members who do so. In fact much of the support that ACEVO provides its members in advice and legal help goes to CEOs of those smaller charities. So yes Rosamund , as part of my job I regularly meet with my members in smaller, local as well as larger national organisations.

The charge that we only represent charities that provide services to the state is also factually incorrect. You only need to scan our membership or come to an ACEVO event to see how diverse ACEVOs representation of the sector is; from leaders of campaigning organisations including Action on Smoking and Health and Autism Cymru to chief execs of professional associations like the British Humanists Association, the Open Spaces Society, the Girls School Society and the Association of Directors of Public Health.

We have a wide range of faith organisations including the CEO of the Church of England and the Churches Conservation Trust as members. And the royal colleges , from the surgeons to the GPs to the Obstetricians .

We’ve members who run grant making organisations like the chief executive of Pharmacist Support who I met in Manchester only last week and the Architectural Heritage Fund. Members who work with the environment like Walworth Garden Farm and the London Sustainability exchange and leaders of local infrastructure organisations including CVS’. And this is just a flavour!


Rosamund says ," I'd like to send all the sector leaders off for six months. I'd send Bubb to run a community development project ".

Actually Rosamund I founded a local charity in Lambeth which in its early stages I did indeed run and then became Chair . I continue to support a local community organisation on the Blenhiem estate in Brixton. So no Rosamund , I don't need to spend time with a local group to know what motivates them.

Of course I'm sure the Government would be delighted if I disappeared off the scene for 6 months. But I suspect what the sector needs at the moment is a champion who is prepared to stand up for the sector , to speak out about cuts and to work for a better deal for our sector's leaders. I suspect my talents are best used doing this than burdening a community group with me for 6 months! 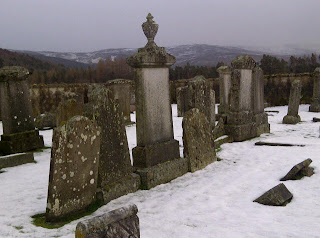 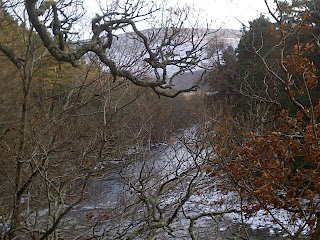