Unpacked. Packed. Now in Liverpool. Arrived in time for another of the CityUk - SIB lunches; this time with Angela Eagle MP (although in the end she was a no show!). The lunch was in the gorgeous Hope St Hotel and on the balcony you get a fabulous view of the 2 great Cathedrals; as seen here! 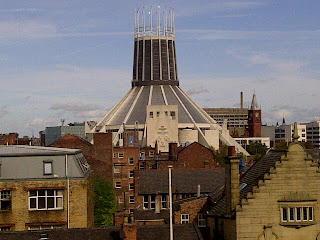 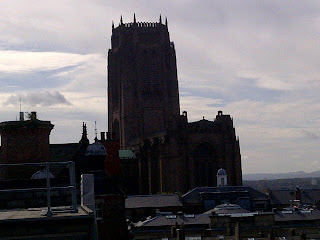 Must say I prefer the Anglican!

Then into the conference, some media on the Desmond lottery (he is only giving 20p to charity- not 28p as the national lottery does, so I call on him to raise it to 28p if he really cares about health charities).

We had our joint acevo-ncvo fringe event and a fringe with Community, the union that organises in our sector but has progressive views on our empowering role in delivering public services. Later on we have our( now a great institution) third sector social. Ed Miliband MP comes and makes a marvellous speech about our sector's role, especially after the riots, and talks about the pain we are suffering because of cuts. He is most effective and talks about how he feels he is " coming home" as his first job was as third sector Minister. And he made the most charming remarks about yours truly. I wasn't blushing!

Dr Kyle spoke for the sector in saying at times of gloom we should also remember to have fun and keep our spirits up! 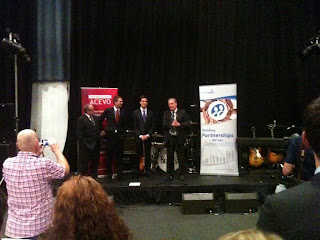 But the highlight was the Beatles bootleg band. Fantastic. And as one would expect of a Leader I was first onto the dance floor. But as i explained to my young team, I was around for them first time. Indeed I used to practice my " twist" with my 2 aunts! Did it better in those days I suspect. And if Stuart had been there we would have twisted together!

There are some photos circulating of the whirling Boss but I am having them censored. Our music quite outshone the Guardian Party next door and the rendition of "Hey Jude" by the assembled mighty third sector throng nearly brought the roof down. 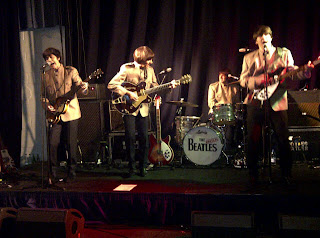 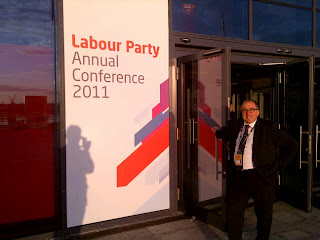 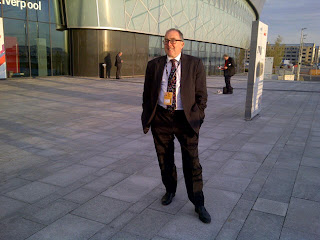