Day2; the judging of the social innovation competition!

Now where would you judge social innovation but in a 17th century church! 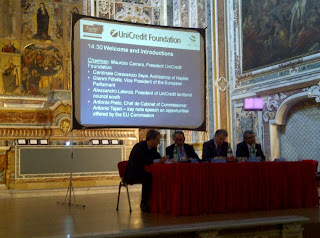 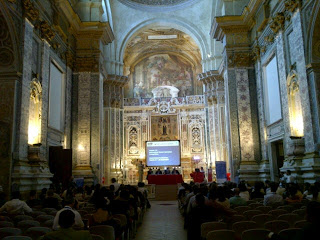 There has been a star judging panel and presenters, including the vice President of the European Parliament. My good friend Oliver Rothschild has come over to join us, though he , like me , has been rather wilting in the heat.

Of course with the wonders of technology you are never far from the UK news and so spent some time talking to The Times on the disgraceful new development of the Desmond" health " lottery. He intends to only give 20p in the pound to health, whereas the national lottery, is giving 28p to good causes. So if peopole switch to Desmond from the national lottery charities will loose out. I agree with the smart quote from Nick wilkie of London youth that he is profiteering from the goodwill of the British people!