" Competition is not a disease "

The thing about doing the Radio 4 Today programme ( and how I love that show ) is that not only do I have to get up at unearthly hour but I spend the night in involuntary rehearsal of my answers to potential questions ( most of which do not come up ). But I listen to it in the evening and I sound coherent and even vaguely authoritative. I think I may have given the poor old press lot in DH a sleepless night too. They just so hate having an unguided missile on their decks ! But I'm jealously guarding my independence and that means I shall continue to speak out on health reform. There are strong professional vested interests who want no change , and think competition is not relevant. I know that public service reform is vital and have not spent a decade arguing for radical shifts towards third sector service delivery to be thwarted by those interests. As the Times headline put it. " Competition is not a disease ".

Clare Gerada , President of the Royal College of GPs rings me afterwards to say well done and to assure me their position is in favour of charity provision of services. A nice call. We swap horror stories on the Press. The Times carry an article from me on how competition is essential in driving choice in long term conditions and for end of life care. And let me tell you I was writing that article till 1.30 in the morning on Monday.

I have been to so many meetings in the last few days I have little time to think. I'm supposed to be writing the report. It's true I've done the first few pages, but that's hardly the full month. And yesterday we had a full day of the Future Forum. To say this was testing would be an understatement. I had produced what I had thought was a helpful paper with a framework and ideas for the Report. This did not prove an obstacle to my Panel discussing what they wanted to discuss, aided by those who hadn't actually read it anyway. And then we had helpful facilitation which frankly did not enhance the process as far as I could tell. Still , I left with lots of ideas. Quite whether I can pull this together I muse over in a hot soak later that evening , having ditched further meetings in the interests of sanity.

But I can hardly complain. This is the most contentious of issues. People are passionate about them.

I managed a peek at the pitch.. 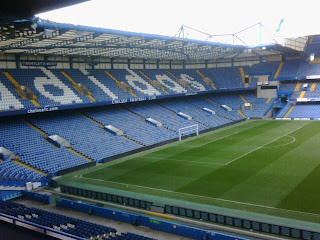 There was an interesting divergence on the issue of openness or confidentiality. I'm always wary of the coercion of groups. This tends towards uneasy consensus and the hiding of genuine differences. I feel that open discussion on the issues before us is right. It is why I continue to Blog and to express opinions. When I took on the role I said I must be free to speak out, otherwise independence is trammelled. And that applies to those who take divergent views from me.

The Quakers have a view about the tyranny of democracy, or perhaps the potential for tyranny in democracy

Thanks Roy, it is a good point. That is why many people arecin our third sector, fighting against established vested interests. Many groups ate there to fight against the power of patronising professional groups and asset our role in managing our own conditions and those of our loved ones.