Back From Serbia, forward with the Future ( and Big society )

Arrived back on Saturday laden with bottles of wine , including a generous gift from the Crown Prince Alexander of a fine wine from his Royal vineyards. I was received at the Palace on Friday and had my own tour with the Head of the Privy council. Then onto a reception with Her Britannic Majesty's Ambassador, Michael Davenport. Biljana gave me a dawn tour of the Belgrade fortress and churches ( including a bottle of holy water for the flight). 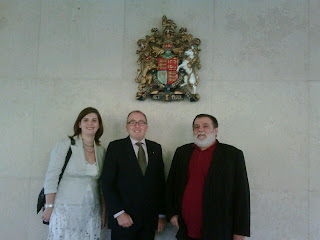 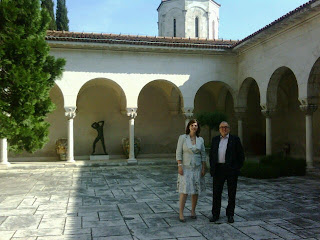 At the Royal Palace with my work shadow Biljana 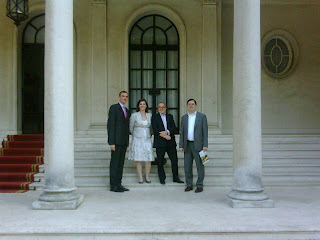 With head of the Privy Council


But if I thought I'd get a quiet Sunday I was sadly mistaken. I did the Murnaghan show on Sky with Francis Maude and Hazel Blears on , Big Society. I was there as a sort of sage to comment on the political spat between the 2 of them. I was able to draw attention to some of the important recommendations in the Rennard Commission on Big Society. Mother thought I needed a hair cut and my tie was not fully adjacent to collar! 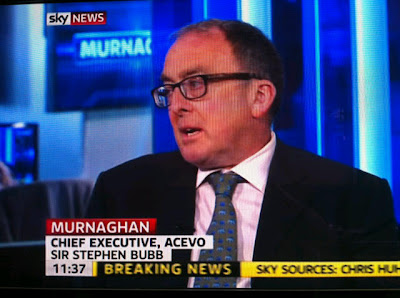 Monday dawned and while my colleague Dr Peter Kyle was rushing for milton Keynes to the "relaunch" of big Society I was off to a full meeting of the Future Forum. 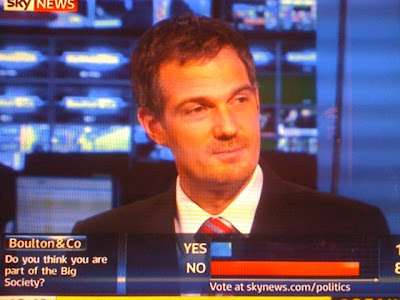 Peter on Sky alongside Fraser Nelson, Editor of the Spectator, talking Big Society and cuts

A good and productive day. My Panel had an excellent session. We have consensus ( well so far anyway ) on our key recommendations. A superb discussion covering really contentious issues but we will have a good report which I believe will help move us forward in the debate on choice and competition. By concentrating on how we promote citizens rights to choice we can put the competition issue in proper context. One of the problems of the debate has been to see competiton as some sort of ideological goal as opposed to a way of widening choice through a diversity of providers like charities and social enterprises.

I see some press hatter around getting rid of the " any qualified provider" provisions. Given that many , if not the majority of such are third sector I find this idea not just silly but insulting to the great work we are doing in the health and social care field. Is anyone going to tell me that when the majority of people at the end of life die in a hospital bed, yet want to die at home or in a hospice we are going to limit the work of charities rather than expand them? There will be no return to " preferred provider". It is wrong in principle and wrong in practice.

Are you are financially crisis, looking for money to start your own business or to pay your bills, PayLATER Loan is given all types of loans at low interest rate of 2% Apply now at: ( paylaterloan@zoho.com ).

Hello everyone, really dreams do come through, i no longer have to apply for loans and worry over my bad credit scores, i got my blank ATM card after so many trails all thanks to Mr George, if you are thinking if its actually real the answer is YES. Mr George is very good at his job i applied for the card and got it shipped to my country 5 days later and i have been using the card for two months, withdrawn a total of €30000 its totally untraceable, my life has transformed from paring an apartment in the slums to purchasing an executive condo with luxury furniture's and now my children can now attend quality schools, Mr George is an angel sent from God to the poor and needy. i am writing this with tears of joy as Mr George has removed my family from the life of want to the life of satisfaction and i have enough money saved up for Christmas. you can contact him through this email: blankatm402@gmail.com