New research from the Third Sector Research Centre and Centre for Charitable Giving and Philanthropy challenges the belief that the biggest charities are becoming increasingly dominant.

Over the past decade, the charity sector has grown substantially in terms of income and number of charities. Yet there is a perception amongst some that the largest charities are capturing an ever-increasing share of the pie. And there has been a lot of silly and divisive nonsense about "Tesco-isation" from people who should know better. And now they will!

Whilst the very smallest charities may not have grown as much as the rest of the sector, evidence suggests that the income gap between medium and large charities has fallen.

In 1995 the largest 1% of charities captured 62.1% of sector income. This share was essentially identical in 2007. When the increasing number of charities is accounted for, many of which are very small, evidence suggests that charitable income has actually become less concentrated. Furthermore, following the growth of specific organisations across the period shows that the very largest have not necessarily grown at the highest rate.

For the social service sector, which has often been the prime focus of 'Tesco-isation' claims, research shows that the largest organisations have not grown faster than medium sized ones.

John Mohan, Deputy Director of TSRC, is quoted in Third Sector as saying, "this research challenges misconceptions about the charity sector, which can often lead to negative assumptions about a loss of diversity or dislocation from local communities. Importantly, it also gives policy makers, and others involved in the sector, a more informed idea about the environment they are operating in".

Here. Here. Let's cut the small is beautiful stuff and recognise the fantastic and important work that our great national charities do for millions of our citizens.

Ok. That's enough of that. Now for the roses. Jimmy Griffths, an early Labour MP and Minister under Attlee wrote that we need "bread, but we need roses too!". June is the month for roses as my Vice Chair blogged recently.

Here are some photos of glorious Charlbury. The Alfred Carriere and the Albertine climbing roses on my cottage are a serious delight to the senses! 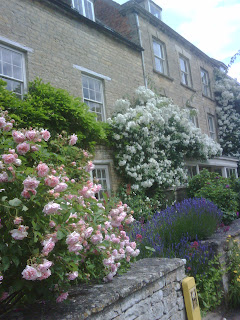 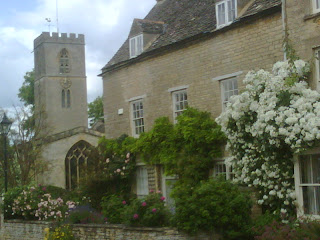 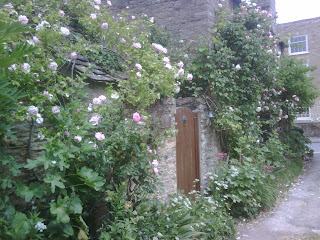 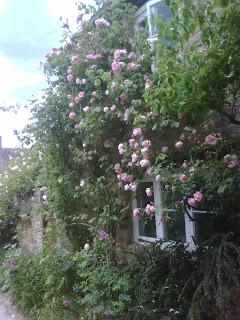 Enjoy. Have a good weekend!