Preparing for mortality and "giveitbackgeorge"!

What could be more appropriate: the launch of a new ACEVO member pension scheme at our Health Conference! I have to admit as I get closer to the magic day when I reach 65 I think about pensions!  Sad but true. The advances in medical science and how conditions are managed means many of us can expect to live for many decades into retirement. Just think- decades for sitting on  trustee boards and bemoaning modern times.......

In October 2012,  new legislation is coming into force that will affect employees generally and so ACEVO members in particular.  Pension Reform will see all organisations having to offer a workplace pension and contribute to their employees pensions. We know from our own ACEVO pay and pensions survey that some third sector bodies do not offer any pension scheme.

There are also changes that mean all staff have to be in a scheme ( quite right too! ). For some members the cost implications could be significant. And many pension providers will not now set up a scheme for any charity employing less than 100 people.

So to support members with Pension Reform planning, we  launched the ACEVO member pension scheme.  The scheme has been negotiated by national financial advisers Foster Denovo and set up with the award winning pension provider AEGON.

The scheme can be used by all our members and is particularly beneficial to smaller organisations that will not have access to such a competitively priced scheme for staff.  ACEVO members with an existing scheme in place can also benefit due to the competitive charging structure.

And talking of "age" ,  it was chilling to hear David Behan, the NHS's Director of social care at our conference say that the girl who will reach the age of 126 is already born! Have to say I'm glad I shan't reach that age. Frankly being 100 is alarming; once I get beyond enjoying a fine claret its off to Switzerland! But it was gratifying to be told by one delegate at the conference that he strongly recommends my Blog to others as I am a " wise old hack " !

Now let me bring you with some photos from last week;

Sir David at our Conference 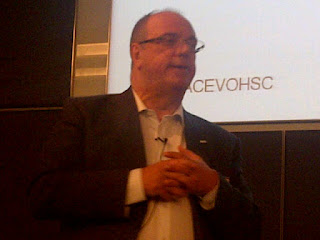 And here is Kershaw, Big Issue with a statue in the Ashmoleum. 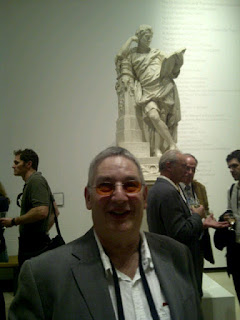 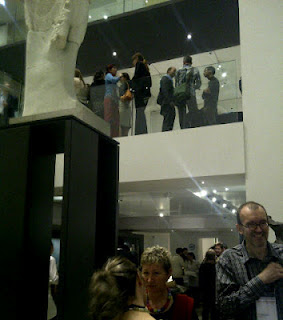 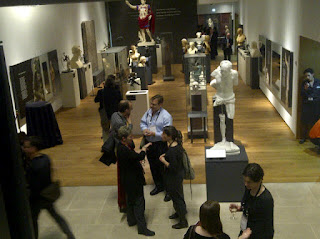 And finally; have you signed up your support for the campaign being run by NCVO ( and supported by ACEVO and many others ) to http://www.giveitbackgeorge.org/  to get Treasury to scrap the cap on gift aid donations ?  Visit the website now!

Hello Everybody,
My name is Mrs Sharon Sim. I live in singapore and i am a happy woman today? and i told my self that any lender that rescue my family from our poor situation, i will refer any person that is looking for loan to him, he gave me happiness to me and my family, i was in need of a loan of S$250,000.00 to start my life all over as i am a single mother with 3 kids I met this honest and GOD fearing man loan lender that help me with a loan of S$250,000.00 SG. Dollar, he is a GOD fearing man, if you are in need of loan and you will pay back the loan please contact him tell him that is Mrs Sharon, that refer you to him. contact Dr Purva Pius,via email:(urgentloan22@gmail.com) +918376918351 Thank you.