The glories of the countryside

There are just so many advantages to spending weekends in the glorious Cotswolds; one being never having to go to a supermarket for processed beef! I've always been a fan of a proper local butcher having grown up in a village in Kent where we had one such. The Sunday joint became the mince for Monday's cottage pie (using one of those funny old grinding machines you clamped to the table and minced by hand as opposed to pushing a button) and the only contact with horses were those my sister used to groom.
And we are lucky to have the advantage of Farmer's Markets; Saturday I was in Chipping Norton buying a shoulder of lamb from the Callow Farm. And if there is no Farmers market there are 2 splendid butchers, Slaters (which provided the sausages for the No 10 bbq for Obama) and Bealds, which as the Prime Minister remarked to me, provides excellent venison. 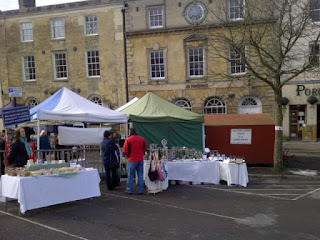 I also popped into the splendid Parish Church, a very fine monument to the richness of the local wool trade. It has an unusual hexagonal Porch, as seen here; 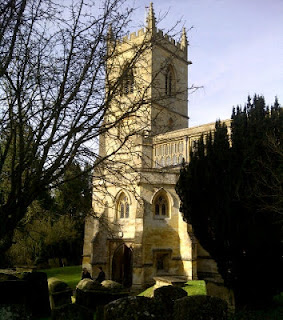 My Saturday shop also took to me to the Chipping Norton Theatre as they are doing a production of Tennessee Williams' Glass Menagerie. Chippy has acquired a reputation for the "Chipping Norton set" of Rebekah Brookes and other such scoundrels but in fact it has a strong radical past, returning labour MPs when it had its own constituency and indeed one of the founders of the Colony of Massachusetts was once a Burger of the Borough.

The weather was particularly fine and the Hound enjoyed a romp around the Charlbury churchyard while I did a bit of informal volunteering by cutting the ivy off a number of the old headstones. Shame when you can't read the names I feel. My own burial plot is here (you can tell I was a Scout, “Be Prepared" as they say) so I like to keep things tidy when the council skimp. 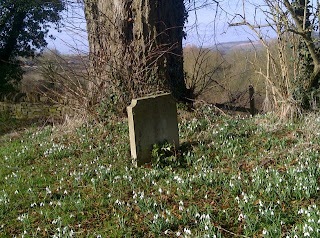 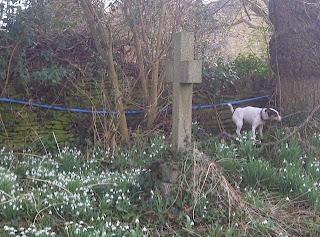 So now it’s back to Brixton. Maybe not countryside but its famed market is a rich source of the exotic fruits and veg not available in Chippy! 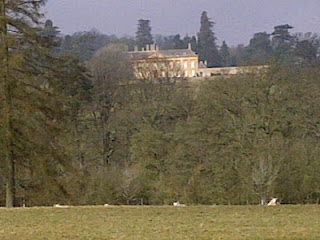