Well , I have swapped the bucolic delights of the gorgeous Cotswolds for the lovely Essex village of Orsett; I'm at my parents for a relaxing long holiday weekend. I arrived as the combine harvester was finishing off in the fields behind the house. 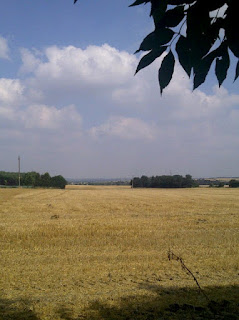 We are not far from the Rainham Marshes, a wetland area of huge importance for wildlife and largely untouched since the middle ages. It is a nature reserve run by the RSPB. The RSPB , run by CEO Mike Clarke , is one of our country's foremost environmental charities; as they say , they are a " million voices for nature". This is a charity that is proud of it's huge membership. Their annual meetings attract large numbers and the membership is closely and passionately attached to what they do. Whilst we might think it's just about birds , it is also about securing the natural habitat and they have strong financial resources to back their campaigning and have the strength to speak out for nature, unfazed by Governments or vested business interests.

So on the basis a third sector CEO is never truly on leave , it was great to go and see their nature reserve on the marshes. It's an award winning building that has all the best in environmental conservation ; solar energy and clever use of tunnels to funnel sunlight and the clever use of rainwater gathered. And , of course they are at the forefront of campaigning to stop mad Boris's Thames estuary airport which would pose a huge threat to the wildlife here. 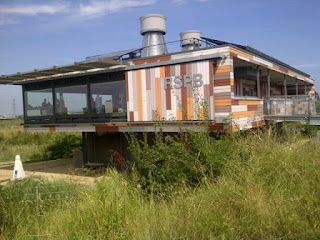 And to cap a third sector day it was off to see the Royal Opera House store at High House in Purfleet. Important to remember that the ROH is a charity , not a public institution even though it has always played a major role in national life. Then to cap the day off my parents and I went to see the famous St Clements Church. Why famous? Well it was , as you will probably recognise from the photo, one of the venues used in " Four Weddings and a Funeral" that brilliant film! I was lucky enough to be at its Premier ( and after film party I might add!). 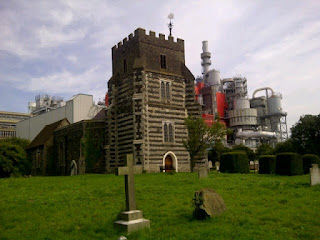 Thank you for the glowing review of our Rainham Marsh reserve.

It's a wonderful area, much under-rated yet rich in culture, history, wildlife and contrasts.

Do come and visit again.

You can search for many places to visit in the holidays with your family. Thailand is also the beautiful to visit in summers especially.