" There is no alternative". The mantra used by politicians when anyone queries their economic strategy. Yet people are now questioning just that. France, Greece, Germany and the UK have been giving their verdict in elections.

Let's be clear that whatever one's view of the current Government strategy on the deficit , it is doing serious damage in communities and for vulnerable people.

There is no growth and that means growing unemployment. I have been surprised at how little attention has been given to the huge levels of youth unemployment; but I wonder how long this will last.

A recent report form the national Institute of Economic and Social Research has said that high unemployment will damage the UK.

The UK unemployment rate will rise to almost 9% by the end of 2012, doing "permanent damage to the UK's productive capacity", the think tank says ( 4 May ).


But we know that unemployment also does damage in communities and in social cohesion. So the Government has to think about a strategy to deliver more jobs. They have failed so far. Indeed the recent evidence from the NAO shows that they are spending a fortune on job creation schemes. Time to turn to the third sector and engage us effectively.


ACEVO is now working with a range of local councils in the NE and NW to develop ideas for action. A jobs summit is being planned in both regions. We must act. And in particular so must Government.


The weekend saw the start of the Dulwich Festival so it was a sunny weekend in London for me. The Festival coincides with the magnificent display of rhodedenerons in Dulwich Park; the finest display anywhere in London! Indeed the late Queen Mary would come every year for a viewing. The Hound and I did so Saturday. See the finery in these photos 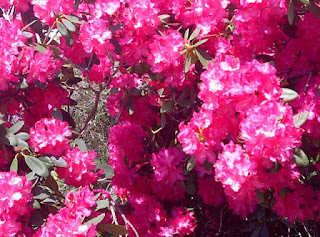 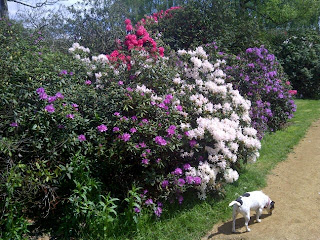